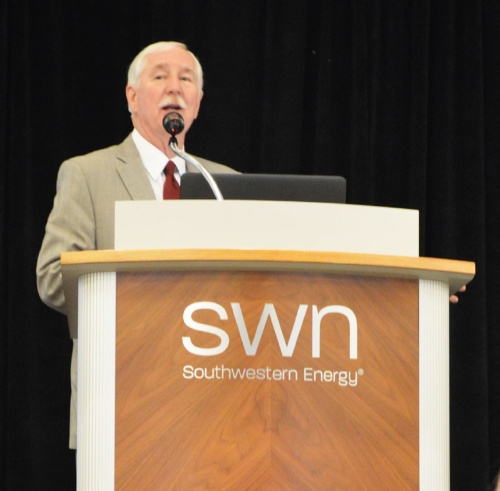 “The job growth we are experiencing now is sustainable,” he said at the Houston Northwest Chamber of Commerce’s annual Economic Outlook Forum on March 29. “The economy is in the best shape since the beginning of the decade.”

The majority of the job growth will fall under health care, with an anticipated 9,000 additional positions, followed by construction and administrative support at 8,900 and 7,600 positions, respectively. By comparison, the oil and gas sector is only expected to grow by 1,900 new positions, he said.

But the slowed job growth is partially a result of the industry investing in technologies that streamline processes and improve efficiency.

“[The industry] is able to produce more oil with fewer people,” Jankowski said. “I hate to say this, but we may never get back up to employment levels of 2014 because the energy industry doesn’t need to have people to grow production.”

That means job growth in Houston will no longer be fueled primarily by the oil and gas sector.

“It’s not going to be the juice to this economy that we had the first part of this decade,” Jankowski said.

“We’re really inundated in the Spring and Cypress and North Houston area,” McClelland said at the Economic Outlook Forum. “At the same time, if you look at Kroger and Wal-Mart, they’ve pretty much stopped building altogether because they’re concerned about Amazon.”

Following Amazon’s purchase of Whole Foods in June 2017, stores such as Fed-Ex and Wal-Mart are experimenting with autonomous delivery vehicles and piloting delivery robots.

Between February 2018 and February 2019, job growth for food and beverage stores in The Woodlands, Houston and Sugar Land area dipped by 0.3%—a loss of about 700 jobs—according to a February economic report by employment agency Workforce Solutions. The closing of several Randalls grocery stores in the Greater Houston area in 2018 was one driver for this job loss, said Parker Harvey, principal economist of Workforce Solutions’ Gulf Coast Workforce Board.

“Longer term, it’s difficult to say how grocery and clothing retailers will fare. ... The traditional grocery space is likely to remain under pressure,” Harvey said.

But emphasis must also be placed on attracting consumers to continue shopping in store, he said. The H-E-B located at 20311 Champion Forest Drive in Spring, for example, opened in April 2017 with the chain’s first sit-down noodle restaurant as well as an in-store optical shop.