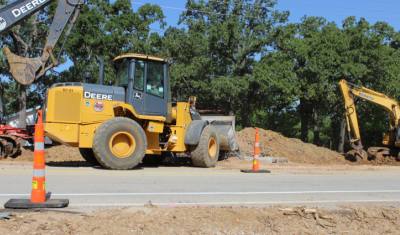 North White Chapel Boulevard in Southlake is about to enter the second phase of construction.

Construction on North White Chapel Boulevard in Southlake is about to progress further.

The Southlake City Council approved a construction contract May 7 for the second phase of the road project. The contract was set at an amount not to exceed $14,766,670, which allows for the selected contractor's costs plus a 10% contingency fund.

The second phase will widen North White Chapel to four lanes from Emerald Boulevard to Highland Street. The lanes will be divided by a landscaped median.

The city received four bids from interested contractors for the project. From those, Southlake officials selected Tiseo Paving Company.

The city has some money saved for this project from previous capital improvement project budgets and a grant from Tarrant County.

"We’re glad with the pace that this is moving along,” Council member Shawn McCaskill said. "When you’re dealing with that amount of money, I think it’s important to discuss the fact of how the city is doing its business and how we have done business, where this is cash-funded, this is saving money over a number of years through our capital improvements program. So we’re not going into debt. We’re not borrowing any money."

Public Works Director Rob Cohen said the first phase of the project will wrap up by early fall, weather permitting. The second phase will begin in about two months after school lets out, and the two phases will be under construction concurrently for a number of weeks.

The second phase is expected to last about 18 months.
SHARE THIS STORY

Rockbox Fitness in Southlake offers boxing and kickboxing classes in a community setting.

Despite the COVID-19 pandemic, Southlake's sales taxes for 2020 showed a 2% revenue increase compared to 2019.

The first of its kind in Texas, the store offers a curated collection of styles handpicked by local influencers in its 2,000-plus-square-foot space.

Price is the second candidate to join the race for Tarrant County judge. Her announcement comes just days after current Judge Glen Whitley said he will not be seeking re-election in 2022.