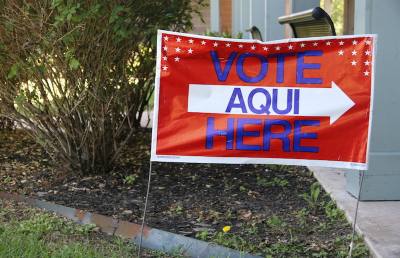 Mike Triggs holds a 71-vote lead in a race against incumbent John Hesser for Georgetown City Council District 3, according to the latest election returns.

Results are unofficial until canvassed. Live results are available here.

Mike Triggs, who is running against incumbent John Hesser for the District 3 seat on Georgetown City Council, has a 52-vote lead in the race, according to early voting results from the Williamson County Elections Department.

Voters could cast early ballots from April 22-30 ahead of the May 4 election day.

Triggs seeks to unseat Hesser, who is running for his third team in District 3, which covers neighborhoods on the west side of Sun City as well as areas along Williams Drive and around Lake Georgetown.

The shelters have teamed up to help with an overflow of adoptable dogs and cats.

The City of Georgetown is hosting an open house in person and online where they will present information and take questions regarding the D.B. Wood Road safety and mobility project.

Updated: Georgetown has used eminent domain on 6 city projects since 2016

By acquiring the land, the city has been able to complete six road and wastewater projects.

The state agency is proposing major changes between SE Inner Loop and RM 1431, including adding a continuous flow intersection at I-35 and Westinghouse Road.

Outpatient clinic opening at end of June in Georgetown

The new clinic will provide care for individuals recovering from debilitating injuries or illnesses, including long-term effects of COVID-19.

Arbor Academy aims to provide a smaller community for students.