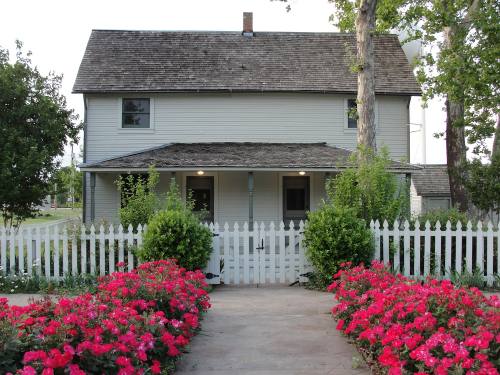 Colleyville City Council approved on Jan. 22 a contract with Denco Construction Specialists to renovate Webb House, an unofficial historic site built in the 1900s located near the Cotton Belt Trail. Project costs will not exceed $233,926.85, according to City Council meeting documents.

Although it was modified in 2002, the property now requires maintenance and repair work, including replacing the roof; heating, ventilation and air conditioning system; and painting, according to meeting documents.

Other renovations meant to encourage visitors include reconfiguring the existing kitchen to allow for a unisex bathroom, installing a new ramp in compliance with the Americans with Disabilities Act, extending the sidewalk, improving the landscape and removing the picket fence.

Because of the property’s proximity to the Cotton Belt Trail, it could be improved as a destination for hikers to rest and visit, City Manager Jerry Ducay said.

There have also been discussions on making the house available for community groups or citizens to rent, Assistant City Manager Adrienne Lothery said.

Although Council Member Tammy Nakamura voiced concern over the sum of money being invested into Webb House, the majority of council members said they were in favor of the project.

“This is a piece of history for Colleyville,” Mayor Richard Newton said. “We do not have many pieces of history left in Colleyville.”

The contract was approved on the condition that staff would amend a clause in the contract to reduce the amount to be paid for any potential project scope changes. City Council also directed staff to compile and make available a breakdown of project details.