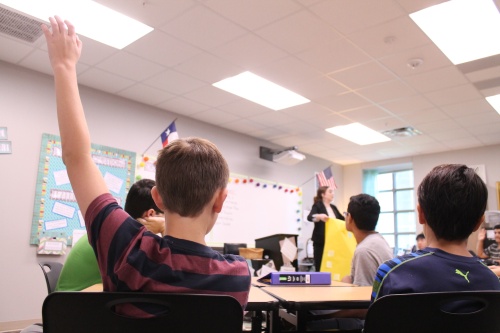 The Frisco ISD board of trustees unanimously voted Monday to call a bond election and a tax ratification election for the November ballot. All board members voted for the tax rate; trustee Steve Noskin recused himself for the vote on the bond.

The district is proposing a $691 million bond package—$4 million less than the original proposed bond—and a maintenance and operations tax rate of $1.17 per $100 valuation, the maximum allowed by the state.

The bond is planned to pay for projects, such as new school construction, maintenance of aging facilities, new security technology and upgrades to sports fields.

The community's feedback to the board during Monday's meeting was mixed. Some parents and teachers spoke in favor of various bond projects, including a fine arts auditorium and resurfacing playgrounds. Other community members spoke out against the tax election and the fine arts auditorium.

"This bond program is designed to last approximately six years, and between now and six years from now, we may have a demographic shift," Classe said. "For example, we thought we needed another middle school when in fact we need another elementary school. We need the ability to move in that direction with that fast growth so that we can get buildings delivered on time. If we were to itemize these things, we would have no ability to do that."