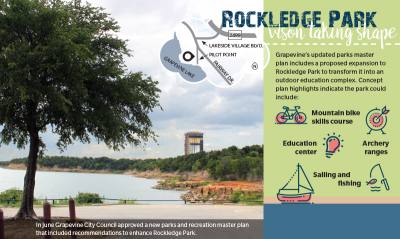 “It’s kind of amazing that any park improvement affects business,” she said. “Companies that come in need to have employees, and to have employees you need to have a community that employees want to live in and be in. Now especially there’s a huge emphasis on health and fitness and environment, and parks are just a piece
of that.”
SHARE THIS STORY

The exhibit is free-of-charge to the public, designed for all ages and will be open at Grapevine Mills Mall from July 21-25 and July 28-Aug. 1.

Interior designer Marlene Small of Heritage Design Studio explains what to keep in mind when starting an interior design project.

Randy White, of Randy White Real Estate Services in Southlake, shares some insight on the residential market and trends in homes.