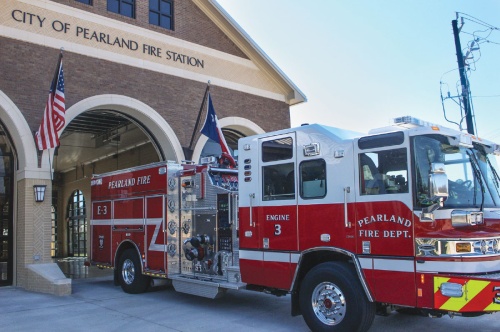 The city of Pearland has been providing emergency services to parts of its extraterritorial jurisdiction without any standing agreement or financing mechanism to do so.

A public hearing is set for Aug. 14 at the Brazoria County Courthouse, 111 E. Locust St., Angleton, on the proposed districts.

If voters approve the new districts, a property tax of up to 10 cents per $100 valuation will be levied to pay for emergency services from a provider of the district’s choosing.

Pearland has been providing EMS coverage, but not every community has been paying for its share of service, city officials have said. An effort to annex parts of the ETJ unraveled under public pressure in March. One of the reasons the city cited for seeking annexation was to get full funding for city services provided to those areas.

“The city of Pearland can continue to provide our high-quality, complete fire services into our ETJ but only if there is commensurate payment for that service,” City Manager Clay Pearson said in a release.

The City Council will discuss the districts and vote on a resolution consenting to their creation Aug. 27.

If the council decides against supporting the district, a majority of the qualified voters and the owners of 50 percent of the property in the city limits or ETJ that would have been included in the district may petition the council to make the emergency services available.

Municipal utility districts 6, 16, 21 and 22 have their own emergency agreements with the city that did not require a special district to be created.

The map below shows the ETJ areas that are not under a service agreement.