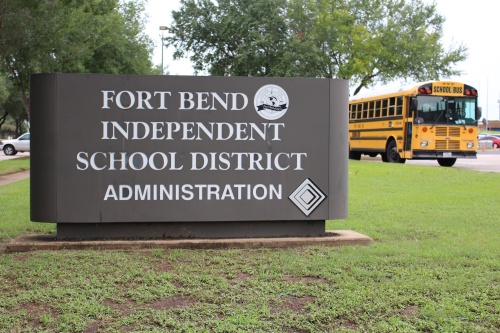 The Fort Bend ISD Safety Advisory Committee is set to present findings and recommendations Aug. 13 at the next board of trustees regular meeting, said FBISD Police Chief David Rider during a bond planning workshop Monday.

Although formal recommendations have not been presented, staffers have outlined $14.9 million worth of projects to implement as part of the potential 2018 bond program, according to FBISD documents. This allocation includes funding for fencing around portable classrooms, door locks, police vehicles, security cameras and camera storage, window films and a student and staff identification system.

FBISD staff recommended a two-phase approach to execute its nearly $1.7 billion capital plan, and—pending voter approval of a second bond referendum in 2021—another $6.4 million would be invested in safety and security measures.

“We broke down what we thought was feasible for the Phase 1 bond and then what we would project out in Phase 2,” Rider said. “Now, things in three years may change, but that’s where we see ourselves going right now.”

The district is not delaying needed safety upgrades with the second phase, Rider said. Most recently, the district allocated $27 million of the 2014 bond program for safety and security improvements, such as installing security vestibules and access control systems.

“We’ve invested a lot in the last four years and put a lot of projects in place—a lot of infrastructure—that allows us to do some of the things that are on this list now,” he said. “I feel really good about where we are right now and the fact we’re able to look at some of these options that weren’t a thought four years ago.”

If passed, the 2018 bond will also support renovations and new construction for new schools, fine arts facilities and athletic facilities, according to FBISD documents.

It is an investment in student success as the bond program will provide for increased safety and security, updated education specifications by grade levels and technology upgrades, FBISD Chief Financial Officer Steven Bassett said.

Board President Jason Burdine said in comparison to neighboring districts, FBISD is conservative in its school design but still strives to provide quality education for its students.

“Some of the input I’ve gotten from other community members was that we could educate our students inside of simple brick walls and do it like we did 20-30 years ago,” Burdine said. “I know from personal experience with my son, it doesn’t work that way. Children learn differently these days.”

The board is scheduled to receive final recommendations from the safety advisory committee and vote on the 2018 bond program at its next meeting Aug. 13.