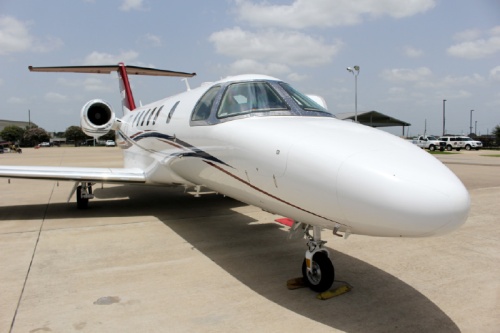 Sugar Land Regional Airport received $100 million in its last 20-year master plan and is hoping to receive another $100 million for this cycle.

The airport, also referred to as SGR, and aviation planning firm R.A. Wiedemann & Associates as well as Parkhill, Smith & Cooper Engineers are working together to create a cohesive plan.

“It’s going to take a little more investigation,” SGR Director of Aviation Philip Savko said. “It’s going to be one of the biggest planning efforts this airport has ever [taken on] just to keep traffic moving and keep the airport open and keep that runway going. I’m not sure how it will all come out, but I’m sure at the end we’ll have a solid plan on how to at least address the issue.”

Creating a future vision with a 20-year master plan opens up opportunities for grant funding in addition to the overall revenue the airport generates annually, Rosenbaum said.

The study will examine levels and quality of services and facilities provided; management and staffing recommendations; and development of a blueprint for aviation activity over the next two decades, according to the Sugar Land Regional Airport website.

“The airport layout plan is a legal document that the FAA uses to allocate money, so if you want money, you have to have a current airport layout plan,” said Randal Wiedemann, president of R.A. Wiedemann & Associates. “This will give a good idea for the future, so that even future administrations have some continuity in their planning.”

The master plan draft includes three alternative options for runway and taxiway updates, Savko said. One option that is not likely to be used would close the airport for several months.

“I can tell you that any type of closure is not going to happen because we can’t afford the closure with the amount of traffic that we have here. We have tenants at the airport, we have to be responsible to them. We’ve got to find a way to do it without closing the runway or minimizing those closures.”

The plan also presents opportunities for development of commercial, industrial and hospitality sites, such as restaurants, a hotel or gas stations, Savko said.

As SGR continues to grow, David Fisher, owner and certified appraiser at aviation brokerage company Western Aviation in Sugar Land, said he thinks the airport could benefit from bringing in a small commercial airline so local residents do not have to travel to George Bush Intercontinental or William P. Hobby airports in Houston.

“I think that Sugar Land should grow itself to be a third major airport [in Greater Houston] because we need one on the western part of town,” Fisher said.

Local pilot and longtime SGR tenant Sally Sims said she thinks a commercial airline would disturb neighbors and disrupt the ease of travel.

“What I don’t want to see is the [Transportation Security Administration] coming in and taking over and prohibiting us from having the ease of travel that we have,” Sims said.

Savko said a small airline may be discussed as ideas are being formed for the master plan. However, it is expensive to obtain an operating certificate to run commercial flights at SGR, he said.

The airport was purchased  in 1991 for $18.5 million from the original owner Doc Hull, an oral surgeon who bought the first parcel of airport land in 1952. Since 1991, roughly $140 million has been put into making SGR a premier airport in the region, Savko said.

“’That’s a lot of work to do,” he said. “We’re doing the taxiway right now that we’re going to be finishing up. We’ve done some really large projects out here—the tower being one of them. When we put the control tower up that was one of our largest projects. It saves us $300,000 annually because the controllers are being paid by the FAA.”

As SGR creates local business opportunities that benefit the overall economy in Sugar Land, the airport itself pours money back into the community through sales tax revenue and fuel sales. Over 80 percent of the airport’s revenue comes from fuel sales, and $10.9 million was generated in 2017 alone, Rosenbaum said.

This creates a chance to look into other revenue options, Rosenbaum said.

“The airport is looking at how to diversify our revenue,” she said. “We would like the master plan to explore commercial and nonaviation options to bring in additional revenue. Also, we want feedback from the community to develop the future of this large corporate aviation airport.”

A project is underway on the taxiway at SGR and has required copious amounts of concrete, construction of bridge structures and various environmental permits—a nearly two-year review process. The airport received $14 million in funding from the FAA for this project, Savko said.

For the previous 20-year master plan, SGR received $100 million in funding from the FAA through the TxDOT. For the next cycle, Savko hopes to receive the same amount.

SGR and the community

Although SGR’s primary service is providing a way for corporate and private clients to travel to and from various destinations in a timely manner, the airport also provides for the general population.

“I’d like [residents] to know that we are not costing them any money—this is 100 percent self-sustaining,” Savko said. “The second part is we provide a lot of jobs. They’re good jobs—they’re pilots and mechanics and everything else like that.”

Over 250 jobs are associated with SGR airport, and it has provided a landing point for travelers during Houston-hosted Super Bowls in 2004 and 2017 Savko said.

Although Fisher’s business is not based at SGR, he often meets clients there to view aircrafts the company appraises.

“Sugar Land specifically is so centrally located within the United States—if you’re coming from the West Coast or the East Coast, Sugar Land is right in the middle. The way the airport is configured, it’s very accommodating for us to meet with clients and have a nice atmosphere.”

Another service SGR provided was acting as a military base to provide aid during Hurricane Harvey, Savko said.

“We were glad to be part of it,” he said. “We served a big part of it—I don’t know if anyone knows how much we really did, but this airport for literally two weeks was a small little military base until we could get back to opening. I’m quite proud of what everybody did.”

Sims said she thinks officials are already addressing needs—such as having an operational control tower and looking into improving the runway and taxiways—and would like to see staff continue to focus on customer service.

“We still have that small-town, friendly environment, and I think that’s important to keep along with everything else that they’re planning to do,” Sims said. “They’ve got some issues with [having] one runway. They’re pretty much landlocked, so they could put in another runway, but they’d have to move some stuff around. One of the things that I admire about the airport is that they’re very conscientious about being a good neighbor.”

Community feedback is strongly encouraged as the master plan is being developed. The next public meeting has not been announced as of press time, but feedback is welcomed at sgrmasterplan.com.

“It gives people an opportunity to see what their airport is—they’ve got to remember it’s their airport,” Savko said.