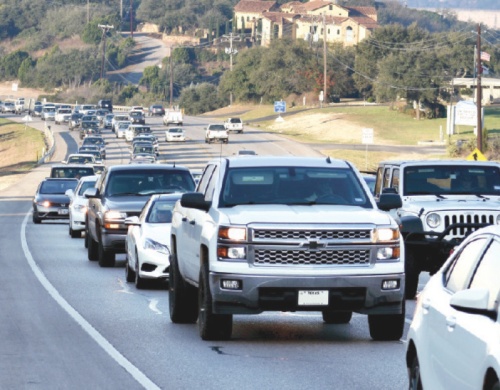 Drivers can expect to see road work happening this summer on RM 620 in the Steiner Ranch, Austin and Cedar Park areas, and later this fall, construction will start in the area of RM 620 and RM 2222 on another project.

The Texas Department of Transportation plans to start putting up barricades May 29 and workers will then begin road repairs and repaving work on RM 620. Construction is expected to take about four months.

Later this fall, TxDOT will begin work at RM 2222 and RM 620. The first part of the project on RM 2222 from Bonaventure Boulevard to Ribelin Ranch Drive will consist of adding a travel lane eastbound from Bonaventure to Sitio Del Rio Boulevard and westbound from Ribelin Ranch Drive to Sitio Del Rio as well as add turn lanes and raised medians, according to TxDOT.