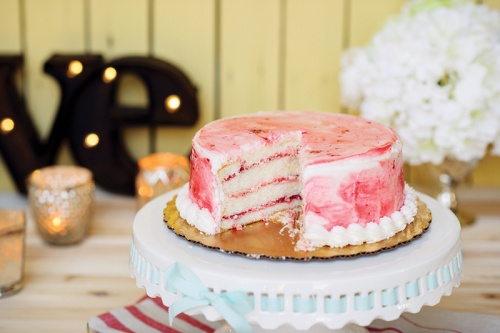 Custom cakes (various prices): Cakes are made for various events, including weddings and birthdays.

Jea Shim knew of Casa Linda Bakery’s success before owning the business. Shim owned a flea market near the bakery’s first location in Dallas. One day he noticed a line out the door of the bakery and decided to go inside. He met the owner, who was looking to sell the business.

So 12 years ago Shim bought Casa Linda Bakery. The bakery drew people from across the area, including the northern suburbs.

“We had a lot of people come to our store and say, ‘We drive all the way out to Dallas to pick up your stuff. If you ever decide to expand, head over north,’” said Shim’s daughter Kathy, who helps run Casa Linda.

Shim has worked as a chef for 28 years. When deciding what to include on Casa Linda’s cafe menu, he surveyed his customers to ask them what they liked.

“It feels kind of homey to me because I see how he makes the food, and it feels like that’s just something you can do at home,” Kathy said.

The restaurant also serves the original bakery items of the Dallas store. Many of the baked goods are made at the Dallas store, with the exception of the cookies, which are baked in house at the Frisco store.

The bakery is known for its custom-order cakes for every occasion, including weddings, birthdays and showers.

Shim said many people do not realize that Casa Linda now includes a restaurant at its Frisco location.

“[Some customers] only know the bakery, but we have food,” Shim said. “They never complain. They love my food.”