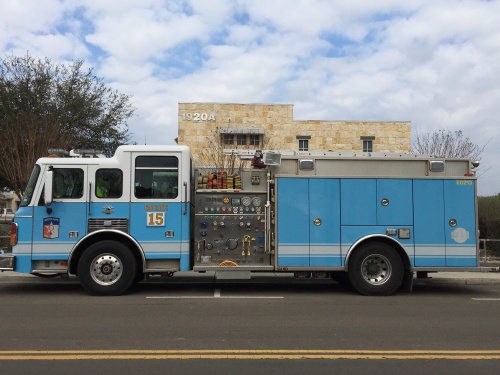 With Austin and its surrounding suburbs in flux after the recent bombing incidents in Austin and Schertz, local officials are urging people to stay vigilant.

"There is no added concern for Hays County residents," Smith said." We do ask that people use their instincts because usually, their instincts are spot on. If something feels wrong or looks out of place, it usually is. We would rather people call it in and nothing be wrong than for a person to not do anything."

The first three bombs—one of which was set off March 2 and two on March 12—were hidden inside packages and placed on specific residents’ doorsteps located in East Austin. Those bombs killed two people and injured two others.

Austin’s Interim Chief of Police Brian Manley said the fourth bomb that exploded on March 18 was placed on the side of the road and was detonated by a tripwire. Two men received non life-threatening injuries as a result.

Tuesday’s early morning explosion on a conveyor belt of a FedEx facility northeast of San Antonio and 18 miles southeast of New Braunfels was the fifth bomb to detonate in Central Texas this month.

Kyle Fire Chief Kyle Taylor advised that people should not only be aware of what packages were ordered but also what packages their family ordered.

"Be vigilant," Taylor said. "I'm not concerned now, but that could change."

The San Marcos Police Department has been monitoring the situation involving explosives attacks in the Austin area very closely, according to news release sent Tuesday.

"We are confident that the response protocols we set in place during that meeting are appropriate and will help to keep our employees and residents safe in the event of an actual attack," Stapp said in the release.

Since the incidents in Austin began, Buda Police Department spokesperson Brittany Tate said the department has responded to at least nine calls. Taylor said the Kyle Fire Department responds to suspicious packages calls at least 10 times a day. Bagley Smith said Hays EMS responds to about 2 to 3 calls an hour. SMPD has also responded to several calls in the past few days.

"Our officers and all law enforcement across the area are taking this very seriously and will continue to respond diligently to every report of suspicious packages," Tate said. "We are staying up to date with the current situation and will collaborate with other agencies in our area as needed."