Lakeway to make board and committee selections more transparent 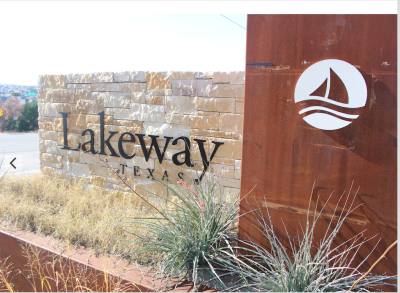 Keep up with the top stories in the Lake Travis-Westlake area with the weekly review.

The new process put forward by Council Member Keith Trecker and unanimously approved, will stipulate for all new board and committee positions the city will:

City Manager Steve Jones said the language of some existing city ordinances would need to be updated to reflect the process changes. Those changes could be handled at future council meetings, he said.

The question of addressing terms of office for city volunteer bodies apart from the Board of Ethics and Board of Adjustment was also brought up. Trecker suggested each of those board members serve a maximum of two, three-year terms in line with current City Council term limits. Currently, the City Charter reads committee members vacate their positions when the mayor’s term ends

A new mayor may appoint new members, or reappoint those already serving. Many commissioners continue to serve under a new mayor’s term.

Early in the special-called meeting, Council Member Jean Hennagin accused Mayor Joe Bain of choosing people to sit on city committees based on those individuals he knows personally. She referred to a conversation she said she had with the mayor about the committee selection process.

“You had told me, ‘You have ideas, but you run in different social circles than I do,’ as if I would choose someone from my social circle, as you do choose people from your social circle,” Hennagin said.

Bain said during the meeting his priority is to make sure people who sit on council boards and committees do not hold a specific agenda. He emphasized the importance of choosing members for legally technical entities such as the Zoning and Planning Commission based on qualifications, not seniority.

“I want to make sure these people are interested in doing, on a committee or commission, what is best for Lakeway,” agreeing he has appointed people he knows—but saying also he has appointed those he does not know, based on an existing list of volunteers and recommendations from committee chairs.

Hennagin also equated the current practice of individual council members each choosing individual committee members like “the fox guarding the hen house” and advocated for a fully citizen-led selection process.

“When a council member chooses a committee member, that person is almost beholden to that council member,” she said drawing immediate counter responses from Council Members Ron Massa and Jim Powell as well as Dwight Haley, Chair of the City of Lakeway Board of Ethics. Haley said he has never communicated with the person he nominated for that body.

A number of Lakeway residents at the meeting spoke in favor of more community engagement.

“It’s a step in the right direction to get more input from citizens,” Dallas Richard said. "The decisions you’re making [as City Council] have long ramifications to our families. Let’s open the discussion and viewpoints. It’s a win-win when we get more people talking and engaged."

The meeting was called to address a recent recommended amendment from Lakeway’s Charter Review Committee which went over every line of the document, first drafted in 1990, and amended regularly since, the last time in 2014, to ensure it is still adequately serving the people of Lakeway.
SHARE THIS STORY