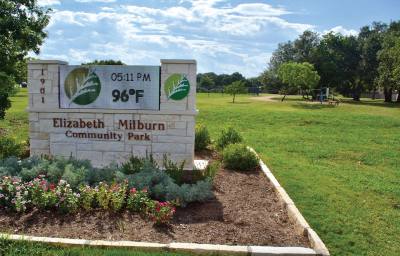 What we reported: In 2017 both Cedar Park and Leander moved forward on projects to build and improve parks and expand trails in the communities. Both cities also allocated funds for park capital improvement projects in their fiscal year 2017-18 budgets. Cedar Park allocated $4.29 million for projects, such as Lakeline Park, trails and bike facilities, and a Town Center trail and pedestrian bridge, and Leander allocated
$8 million for projects including Lakewood Community Park, Veterans Park, Brushy Creek Trail, Mason Creek Trail, a senior center and baseball fields at Benbrook Ranch Park.

What’s next: The city of Cedar Park plans to install new cardio equipment in the Cedar Park Recreation Center in March, city spokesperson Jennie Huerta said. The city will also renovate the dog park pond and sports fields at Veterans Memorial Park as well as the water slide and restrooms at the pool at Elizabeth Milburn Park. Milburn Park will also see additions to the sand volleyball area, which will include a shaded bleacher and a pavilion. Huerta said trail improvements will include new connections at selected locations, such as a pedestrian bridge near the recreation center. The city plans to start the master-planning process for Lakeline Park in the spring, and the Brushy Creek Lake Park Dog Park is currently under design and should be completed later in 2018.

The city of Leander will complete synthetic turf athletic fields in Robin Bledsoe Park in February, city spokesperson Mike Neu said. The city will move into the final design phase for a senior activity center in late spring or summer. Neu said City Council could approve a construction bid for the Mason Creek Trail project, which will connect Old Town Leander to Lakeline Drive, in February. The trail is scheduled for completion in summer. Neu said the city will also start construction on Lakewood Community Park, which will sit near the Cold Springs and Hazelwood subdivisions, in 2018. The park could be completed in 2020.