FM 423 construction wraps up in Frisco 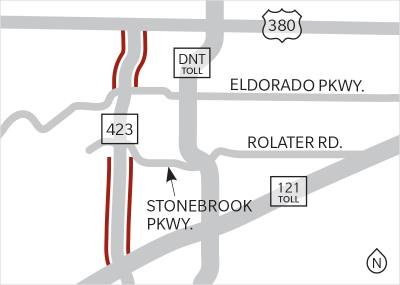 This regional project is nearly complete. The project extends from SH 121 to US 380 and goes into the cities of Frisco, The Colony and Little Elm. The Frisco portion, which extends from US 380 to Eldorado Parkway, was completed in December. The portion from SH 121 to Stewart’s Creek Road reached substantial completion in December.
Timeline: October 2014-December 2017
Cost: $79.4 million
Funding sources: TxDOT
SHARE THIS STORY

The church is nondenominational and led by North Texans Paul and Hanna Morrison.