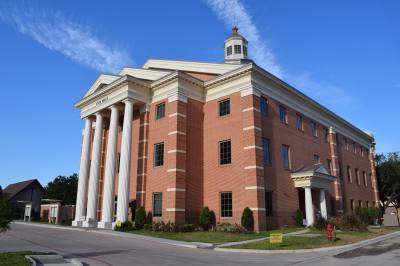 Katy City Council met in a special session last night after the meeting originally scheduled for Jan. 8 was rescheduled. The council voted on these three items:

The council unanimously approved authorizing the Fort Bend-Waller Counties Municipal Utility District No. 3 request to issue bonds totaling nearly $4.2 million. Council Member J. Gary Jones said the bonds will be used to build infrastructure projects within the MUD’s boundaries. The bonds will only affect residents of the MUD and do not impact the city’s debt, he said, but needed city approval because the MUD operates within city limits.

The council authorized designating what is being called the First Street Project as a Katy Development Authority project. Half of the funding for the project will go toward drainage improvements along First Street, which will help mitigate future flooding on the western side of the incorporated city. The remainder of the funds will be used to widen the road and install a sidewalk on the south side of the road, City Engineer David Leyendecker said.

The council voted to approve the expenditure of $8,250 for membership dues with the Katy Area Chamber of Commerce. The chamber focuses on economic development in the Katy area and puts on events, such as the Katy Rice Harvest Festival.

Prior to the open comments portion of the meeting, Mayor Chuck Brawner said during the meeting that changes to the city’s trash service to match the current Republic Services contract will be discussed during the regular City Council meeting to be held Jan. 22 at 6:30 p.m.
SHARE THIS STORY