Commissioner Mark Jones will be Hays County's representative on CAMPO board 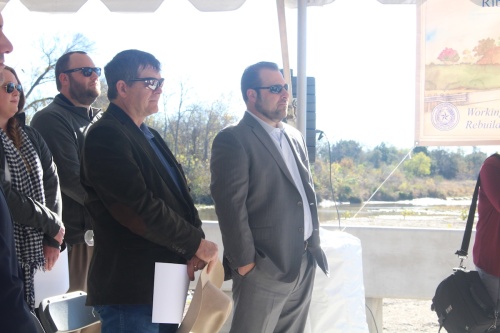 A seat has opened on the Capital Area Metropolitan Planning Organization board for a Hays County representative, and Hays County commissioners voted Tuesday to appoint Precinct 2 Commissioner Mark Jones to fill it.

Jones will be the county representative to replace Will Conley as the voting, elected official representative for Hays County. Conley resigned his position as Precinct 3 commissioner last fall to run for Hays County judge, and last week, the CAMPO board voted 15-1 with two abstentions to allow Conley to remain on the board as a “affiliate non-voting" member. Board members also reappointed him chairman for two years.

Lon Shell, the former county chief of staff who was appointed to fill Conley's seat until the November elections, said he supported Conley remaining on CAMPO and Jones serving as Hays County's representative.

"[Conley has] done a great job for Hays County and for some of the other counties similar to Hays County in our region," he said. "I’m very supportive of Will Conley maintaining his spot [as chairman]."

At the CAMPO meeting Jan. 8, Conley and supporters of his appointment said because he was an elected official when he first joined the organization, he is still legally allowed to serve as chairman under federal law. They also said there were no laws indicating that the organization cannot have non-voting affiliated members. Conley said he still has the support of the Hays County Commissioners Court to continue to serve on the CAMPO board.

Jones, a Republican, is also up for re-election this year. He was first elected in 2010. His opponent is Richard W. Cronshey, a Democrat.

Correction: An earlier version of this story incorrectly stated Elizabeth Guidry was running as a Democrat for Precinct 2 commissioner.  She is a federal government employee, which means she is ineligible to seek an elected office. Richard W. Cronshey is a Democrat and is also running for the position.