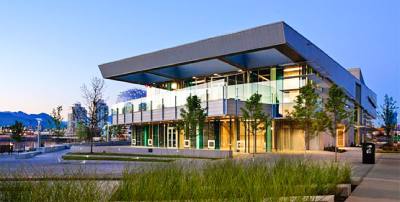 The proposed 45-acre Pecan District would be built on the corner of West Pecan Street and Heatherwilde Boulevard.

In August 2017, a developer pitched a plan for the Pecan District, a 45-acre mixed-use development to be built on the corner of Heatherwilde Boulevard and West Pecan Street in Pflugerville.

Round Rock City Council approved a memorandum of understanding between Mark IV Capital and the city. The MOU states that Mark IV will invest $200 million into the development and begin construction within 12 months.

The Pflugerville Planning and Zoning Commission approved preliminary plans for the Pecan District in November.

Hutto city officials voted to create a reinvestment zone for the Co-Op District in order to raise funds necessary for infrastructure construction through tax revenue collected on the site. Officials expect Williamson County to participate in the plan.

Round Rock city officials said that the final agreement between the city and Mark IV is expected to be presented to city council for approval in early 2018.

The City of Pflugerville will next have to approve the plans for the Pecan District and determine whether the city will help fund the project. A timeline for this action has not been determined.

The new Hutto City Hall, part of the first phase of development on the Co-Op District, has an expected opening date in December.


This story is one update from The January Issue. View the full list of Top 10 stories to follow in 2018 here.