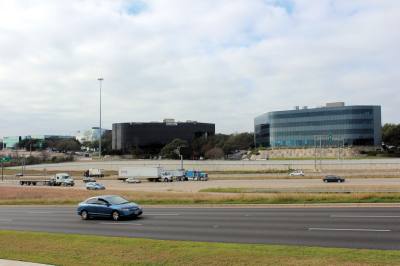 The fate of the US 183 North toll project hinges on guidance from the Texas Transportation Commission, which is the governing body of the Texas Department of Transportation.

Leadership resistance to building state-run toll roads in Texas could have an impact on how one proposed Northwest Austin toll project could proceed.

The Central Texas Regional Mobility Authority, which oversaw the MoPac express lanes and Toll 183A projects, is proposing to add two toll lanes on US 183 between Toll 183A and MoPac.

The Texas Department of Transportation had planned to fund a continuous fourth nontolled lane to fix an imbalance in the number of existing nontolled lanes that switches between three and four in each direction along US 183.

However, Gov. Greg Abbott and Lt. Gov. Dan Patrick made it clear to TxDOT in November that money from voter-approved state propositions 1 and 7 could not be used on projects that have a tolled element. The department subsequently retreated on its plan to fund the nontolled lane using propositions 1 and 7 money, leaving the proposed project currently unfunded.

“TxDOT thought they had adequately walled that off from being confused with tolling, so that piece is unknown,” Mobility Authority Executive Director Mike Heiligenstein said. “We don’t need that piece to move forward.”

But whether that project would move forward without the key piece from TxDOT relies on support from the Texas Transportation Commission, the  governing body for TxDOT.

On Dec. 14 the commission approved an amendment to the 2018 Unified Transportation Program​, which​ is the state’s 10-year planning document, that did not include any projects with tolled elements—including the four proposed managed toll lanes on I-35.

Two months earlier in October the commission approved an agreement with the Mobility Authority that outlined how TxDOT would fund the fourth nontolled lane on US 183 with $120 million in propositions 1 and 7 money and oversee design and construction.

Now that the commission agreed to remove all tolled proposals from the 2018 state transportation plan without guidance on the US 183 North project, Heiligenstein said the Mobility Authority will wait on the commission before proceeding with the project.

Pending direction from the commission, construction on the $380 million US 183 North toll project could begin in 2019. TxDOT could come back later to fund the nontolled lane, but the status of that decision is unknown, according to a TxDOT representative.

Voters approved propositions 1 and 7 in 2014 and 2015, respectively, that both divert more funding to state roadways. The Texas Legislature this year added a caveat that these funds could not be used on toll roads.

TxDOT, however, attempted to use this funding on nontolled elements, such as on the US 183 North project. For I-35, TxDOT is currently using money from propositions 1 and 7 to complete standalone projects along I-35. In October the department proposed adding two toll lanes in each direction to I-35 between RM 1431 in Round Rock and SH 45 SE near Buda.

That proposal did not sit well with some area politicians and residents who are against using TxDOT funding and voter-approved money on toll projects.

“There are additional dollars needed, but when you look at what’s happening in Texas cities, they are being surrounded and divided by toll roads,” said state Rep. Tony Dale, whose 136th district includes the Williamson County portion of Austin. “Most states have turnpike systems that connect cities. Houston, Dallas and Austin are surrounded by toll roads.”

Terri Hall, the director for Texans for Toll-Free Highways, a statewide political action committee based in San Antonio, said the issue with using propositions 1 and 7 dollars on nontolled elements is the nontolled and tolled elements are evaluated environmentally under one study.

“TxDOT is using gas tax, bond money, using every source of funding to fund roads, so we have double and triple taxation on these toll roads,” she said. “That’s a big rub for taxpayers.”

Hall said TxDOT could do better at choosing road projects to fund by identifying only the critical projects to receive money from propositions 1 and 7. She said she does not believe that TxDOT needs more funding.

“This is just a tactic by the agency,” she said. “TxDOT is spending lots of money on transportation. The problem is they are not directing funds where they need to go.”

TxDOT also has not announced yet how the commission’s state transportation plan amendment will affect proposed projects on I-35 or US 183.

“It’s a battle that we’re in to make sure [TxDOT is] not going to pull the plug on these projects but go back to the drawing board and reprioritize the projects in the [transportation] plan today so the most congested roads like I-35 and [US] 183 can get built without tolls,” Hall said.

“At some point there will be enough critical mass that we’ll be able to look out in front of us,” he said.
SHARE THIS STORY

Currently, the district has in place a mask mandate which requires masks to be worn indoors on its campuses, with exemptions allowed on a case-by-case basis. With this mandate set to expire Sept. 17, the board was set to consider a mask matrix option, to allow for on-campus mask requirements to be tied to stages and colors based off the systems implemented by Williamson and Travis Counties.