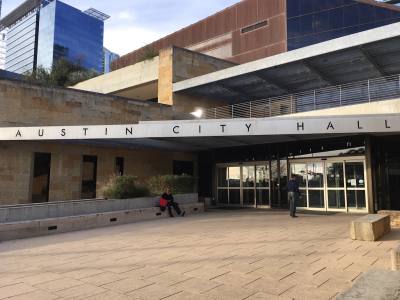 Austin City Council is set to take on a lengthy agenda for its penultimate meeting of 2017.

Austin City Council returns on today after a month-long break and will take on a lengthy agenda for its second-to-last regular council meeting of 2017.

The meeting is the first regular council meeting since Nov. 9. The city’s lawmakers are set to take on a range of topics from contentious airport concession contracts, long-awaited park development and controversial sewage discharge into one of the city’s main tributaries, to gun control and progress in the city manager search.

Here are some items to watch for:

Council will decide on eight concession contracts at the Austin-Bergstrom International Airport. Among the contracts is one with Host International, which looks to open airport locations for 24-Diner and Parkside. However, the operator of Black's BBQ and Threadgill’s believes they should have received the contract instead and is expected to protest on Thursday.

City Council is expected to award a $2.6 million contract to Solis Constructors Inc., for the first phase of park improvements at the 550-acre Onion Creek Metro Park. The improvements include parking, lighting, water connection, play fields and hike-and-bike trails.

Last year, the Texas Commission on Environmental Quality issued a permit to Dripping Springs to allow the city to discharge a maximum of 995,000 gallons of sewage into a main tributary of Onion Creek. Austin is set to discuss the issue and what steps to take moving forward.

A judge ruled that the city failed to properly inform property owners of the intent to waive the Hill Country Roadway and Lake Austin Watershed ordinances in its approval of a 325-unit apartment project at the corner of RM 2222 and City Park Road—a violation of the Texas Open Meetings Act. The city is set to take up the project again today.

Council is expected to narrow the field of potential city manager candidates to three on Thursday and intends to make a final decision on the hire by its Dec. 14 meeting.