With sexual misconduct in the spotlight, Hope Alliance Crisis Center serves as a resource 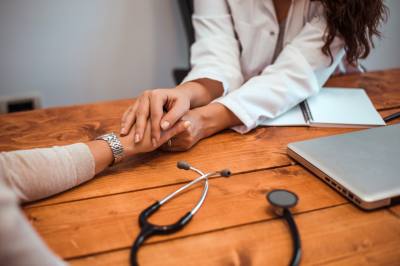 At the Hope Alliance Crisis Center, sexual abuse and domestic violences survivors have access to free counseling and other services.

In the wake of dozens of sexual abuse and harassment allegations against high-profile men in entertainment and politics, officials from the Hope Alliance Crisis Center in Round Rock say more people have reached out to them.

The crisis center's Director of Counseling and Advocacy Services Julie Goble said that while calls to their crisis hotline have not necessarily increased like other centers have reported, she has seen more interest from community members in learning about the work Hope Alliance does.

At the Hope Alliance Crisis Center, domestic violence and sexual abuse survivors have access to free counseling services, therapy, legal advocacy and hospital accompaniment, as well as an emergency shelter. The center serves Williamson County and contiguous counties. Goble said they get many people from North Austin because of that area’s proximity to Round Rock.

Goble said the recent increased interest in what the center does is a continuation of a trend the crisis center has observed for more than a year. Since the presidential election in November 2016 and the Women’s March in January, Hope Alliance has reported a large increase in the number of people turning out to volunteer and asking how to help.

“People feel powerless when there’s so much information [about sexual abuse]. Even though they’ve known there’s this underpinning in society of misogyny and sexism, it’s new for people to get so much information about it,” Goble said. “This is all around [them] now. [They] don’t have the option to ignore it anymore.”

In the media, there has been "a presentation of automatic belief" of women who reported being sexually abused, which has never happened before for women, she said.

“I feel like that’s why there’s been an outcry from so many different women," Goble said. "They’ve been able to see a woman share her story and not get backlash, which was typically what the experience was. Victim-blaming, a hushing or ‘we don’t talk about that.’”

According to statistics from the Hope Alliance Crisis Center, sexual abuse is far from uncommon. About 6.3 million Texans, or 33.2 percent of the state population, have experienced some form of sexual assault in their lifetime.

One little-known service Goble said she hopes people will take advantage of are the community outreach presentations Hope Alliance Crisis Center is willing to give to businesses, churches, schools and other groups. Staff members from the crisis center share information dynamics of domestic and sexual violence and can answer questions about creating a respectful environment and even how to cope when someone you love has exhibited predatory or abusive behavior.

She calls the demonization of people who commit sexual crimes “monsterification,” and said it can sometimes actually hurt sexual abuse awareness more than help.

“There’s a tendency to put perpetrators into a monster category. [People] don’t want to believe humans can do this. There’s a danger in making perpetrators into a monster, because it makes them not human and it is hard to see that it’s a human thing and human behavior,” Goble said. “This is a choice humans make. It’s a choice that many humans make, and we need to find a way to shift that.”

For more information on resources available or how to help, visit www.hopealliancetx.org.
SHARE THIS STORY