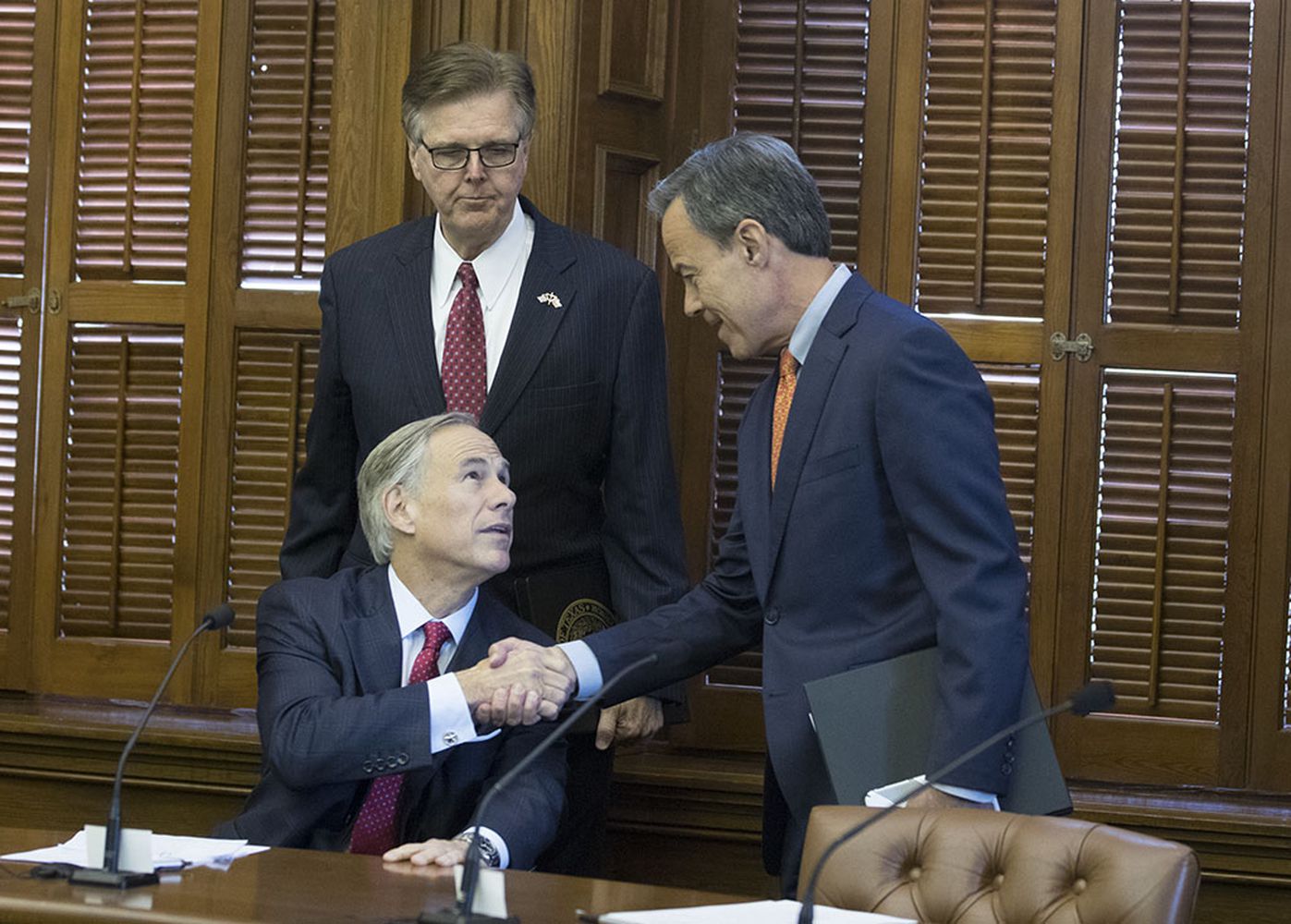 Texas legislators could end up passing bills to reform the state's school finance system and help out retired teachers this special session.

When Abbott announced his call for the special session in June, he said he would ask legislators to increase teacher pay by $1,000, and to establish a commission to recommend improvements to the beleaguered school finance system.  The expanded call Thursday would allow legislators to pass bills improving a state-run health care plan for retired teachers and making major reforms to the school finance system, including the extension of a state aid program that would help mostly small, rural school districts.

The governor’s announcement came almost a week after Lt. Gov. Dan Patrick held an education-themed news conference to discuss school finance and teacher pay increases, a departure from his priorities during the regular session.

Patrick proposed a plan, funded through the Texas Lottery, that would provide bonuses for long-term and retired teachers, add $200 million to the Teacher Retirement System, and give $150 million to struggling small, rural districts that lost money through an expired state aid program.

Abbott’s additions of the new items appear to be a nod to the House, where his overall agenda is expected to face the most resistance. In a speech last month, House Speaker Joe Straus, R-San Antonio, said legislators did not need a commission to tell them how to fix the school finance system, because they have already studied the issue at length. Abbott has pushed back against that notion, questioning why legislators have not come to a consensus if they have examined the issue so thoroughly. But the inclusion of retired teacher benefits, school finance reform and a fix for the expired state aid program in the final call looks like an overture to such skeptics.

"I look forward to working with my colleagues to address this critical need for our children and parents," Huberty said in a statement to the Tribune Thursday morning. "The House had made this a priority the last two sessions. I am glad the governor added this to the call as he recognizes we need school finance reform to accomplish property tax reform."

Educator groups on Monday had rallied in front of the Capitol against the governor's agenda, demanding that the Legislature put more state money into public schools and reform the school finance system.

On Thursday morning, a number of House members took to Twitter to thank Abbott for listening to their chamber and adding their priorities to the call.

Huberty filed a bill this week — mirroring one he filed during the regular session — that would inject state money into public schools and simplify the formulas for funding them. It would also help small, rural school districts depending on the expired state aid program.

Several legislators in both chambers have filed bills to increase benefits for retired teachers.

Patrick Svitek contributed to this report.