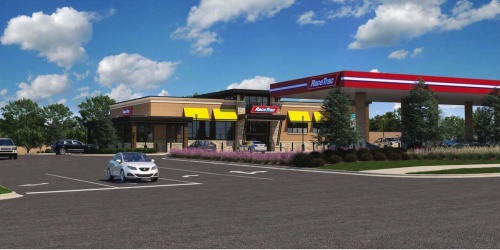 Colleyville City Council heard a first reading for a proposed RaceTrac at its meeting Tuesday night.

On Tuesday night, Colleyville City Council heard the first reading for a proposed RaceTrac at 7015 Colleyville Blvd., which is near Bear Creek Spirits & Wine.

The gas station, which was denied by the Colleyville Planning & Zoning Commission on June 12, would require a supermajority vote from the council for it to be approved. That means if two council members voted against the project, it would be killed.

Although no action can be taken on a first reading, several council members voiced their opposition to the project.

Mayor Richard Newton said he is against the gas station because it is not consistent with the vision the city’s comprehensive plan has for that property.

"I have no issue with RaceTrac, but I don't think this fits in with our vision for the Northern Gateway," he said. "There are probably other places in Colleyville where it would fit in fine but not here."

A RaceTrac representative said the company is not looking at any other areas in Colleyville.

Council Member Mike Taylor said he thought the location was a good fit for the gas station.

"This project can be successful for the next decade, maybe even two decades," he said.

Several residents also spoke in opposition of the project.

One resident said he is against it because he feels the gas station will not generate enough sales tax revenue for the city.

A RaceTrac representative said it would generate $75,000 in sales tax revenue annually.

Other residents had concerns the gas station would harm the environment, lower property values of the homes nearby and put Bear Creek Spirits & Wine out of business.

Taylor disagreed and said, "I think if this was approved, [Bear Creek Wine] business would double within 24 months because all [RaceTrac is] selling is beer and wine."

Furthermore, Taylor said the property has been vacant for more than 60 years and feels the gas station would help bring business to the corner.

The second reading will occur Aug. 1.