What would happen if a major Texas highway had to shut down? 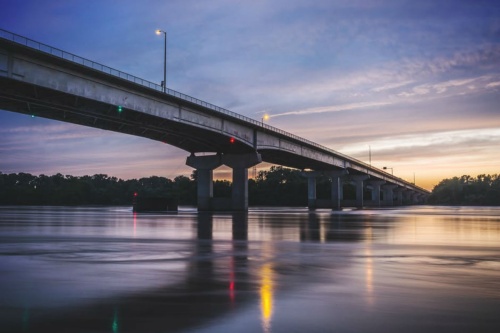 A major fire caused a bridge over Georgia's integral I-85 to collapse Thursday evening. According to the Associated Press, Georgia's transportation chief is saying the highway has no opening date set for the foreseeable future and no way to forecast when it might be safe enough to travel again along the major highway.

"We will have to continue to evaluate the situation and adjust as we do," Department of Transportation Commissioner Russell McMurry said. "This incident—make no bones about it—will have a tremendous impact on travel."

In Texas, a state that relies heavily on highway transportation to support daily commutes, a closure like this could be crippling.

Diann Hodges, a spokesperson with the Texas Department of Transportation, said the agency would prioritize the safety of the traveling public first before making decisions when to open roads should a safety issue occur.

"No unsafe bridge would be allowed to remain open," Hodges said. "If travel on an intersecting road is unsafe and must be closed, traffic would be redirected around it by the safest and most efficient route possible."

Finally, the agency inspects each TxDOT bridge every other year as part of regular maintenance, ensuring all bridges are seen at least once a year by the transportation authority.

Find out more about the quality of bridges in central Texas here.
SHARE THIS STORY