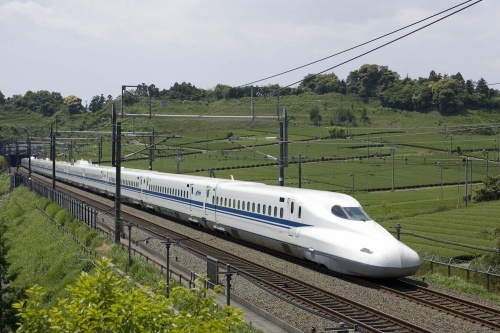 President Donald Trump's team is looking at airports, highways and other infrastructure projects that could receive support during his term. Texas Central, the $12 billion high-speed rail train from Houston to Dallas, is on that list of projects, according to the McClatchy Washington Bureau.

The proposed project, which has received some opposition, would reportedly create 40,000 jobs over its four-year construction timeline.

“President Trump’s increased attention on the nation’s infrastructure rightly signals that more can be done, in both the public and private investment sectors," Texas Central officials said in a statement. "The Texas project is pleased to be considered among the nation’s infrastructure priorities. Texas’ high-speed train is a project being led by free-market principles that will create jobs and economic opportunities. It is a unique business model that will not take federal or state grants to build or operate the North Texas-to-Houston passenger line."

"Texans are looking for safe, reliable and productive transportation options," the statement read. "The high-speed train answers that call for the region, state and country. We look forward to working with the new administration, moving ahead with the project’s free-market approach.”

Correction: An earlier version of this story incorrectly stated that Texas Central Partners had been in communication with the new White House administration.
SHARE THIS STORY