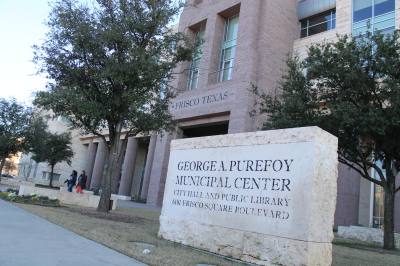 Frisco City Council will consider whether to allow dogs on restaurant patios.

Frisco City Council voted 4-2 to table voting on proposed updates to the city's health ordinance during its March 15 meeting. Council will vote on the proposed changes at the next regular meeting.

One of the proposed changes to the ordinance includes allowing dogs on restaurant patios.

"I also think it's a business decision ..." he said. "... I think we have a large number of citizens that are interested in having [dogs on restaurant patios] and want to enjoy that patio with their pet. I frankly don't see a problem with it."

Dogs could not be served food while on the patio, but they could be given water in a disposable container.

Council member Tim Nelson was the first to raise concerns about dogs on patios.

"I'm not at a point where I can be in favor of this, but I'd like to see some more work done," he said.

Nelson said he would like to see more specific language in the ordinance change—such as having consistent signage and a description of how an owner should handle a dog—to ensure the safety of the dogs and restaurant patrons.

Council member Will Sowell also spoke against the proposal.

Other proposed updates to the ordinance include:

The church is nondenominational and led by North Texans Paul and Hanna Morrison.