Population growth in the Greater Houston area continues to put a strain on groundwater resources throughout the region. Several groundwater conservation and subsidence organizations are implementing a number of programs with the purpose of reducing the dependency their communities have on groundwater.

Three of the major water entities in the area include the Harris/Galveston and Fort Bend subsidence districts, North Harris County Regional Water Authority and the Lone Star Groundwater Conservation District.

The Harris/Galveston and Fort Bend subsidence districts were created by the Texas Legislature in 1975 and 1989, respectively. Created in January 2000, the NHCRWA works to secure long-term, reliable water sources. In 2001, the 77th Legislature created the LSGCD with the purpose of protecting Montgomery County's groundwater.

Nelson has served as the assistant general manager of the LSGCD since 2011 and has prior experience in water conservation and long-range water planning. Nelson worked for the Public Works and Engineering Department for the city of Houston and spent five years with the NHCRWA.

Turco has served as the general manager of the Harris/Galveston and Fort Bend subsidence districts since 2013 and is responsible for the management of district operations. Prior to joining the districts, Turco worked on water and groundwater research projects for the U.S. Geological Survey for 17 years in Iowa, Nebraska and Texas.

Rendl is the president of the NHCRWA and helped pass legislation that allowed voters to have control of their own future water supplies in 1997 and 1999. Rendl previously served as Harris County Water Control District No. 91 director for 16 years and was the chairman for the North Harris County Water Issues and Annexation Reform Group.

How important is water as a resource to the development of undeveloped land in the Greater Houston area?

Turco: [If there is] no water, [there's] no development. They've got to go hand in hand. Those areas where you move further out into Harris County, they're likely going to be developed on some form of groundwater use because there is no infrastructure in those areas to get the alternative supply that's there. As we've seen happen in the past with development, infrastructure will reach those areas, and we'll be working with them to get them converted to surface water and alternative sources of water as that development occurs.

What areas in north Harris County are considered priorities for surface water conversion?

Rendl: The way we are doing this is taking [the conversion process] from the older subdivisions and moving north and west. The older subdivisions were the most heavily populated at the time we started doing it. So basically that was along the [FM] 1960 corridor out to about [Hwy.] 249, although we do have some beyond [Hwy.] 249, and then going north we have almost everything covered between [FM] 1960 and [FM] 2920 from about just east of I-45 out to [Hwy.] 249. Now we are looking at the other major-growth areas that have occurred since we started doing this. We also have the city of Tomball, [which] in the initial groundwater reduction plan that we had, they weren't on the list to receive water until way out into the future. Their growth has been so substantial and so rapid that they need surface water now. So we are looking at putting them into our 2025 conversion plan.

What are the groundwater use reduction efforts in Montgomery County, and when will they be implemented?

Nelson: So at this point, there are I believe 33 groundwater reduction plans in the [LSGCD]. We talk a lot about the San Jacinto River Authority being one because it [includes the] majority [of local groundwater users]. A lot of members of that [groundwater reduction plan] are comprised of conversions to surface water. There's a lot that will depend on reuse and recycling. The Catahoula [Aquifer] has proved to be a valuable resource [for the city of Shenandoah and others] and is considered an alternate supply because it's not part of the three aquifer layers that we've been concerned about. Some of the golf courses and others believe they can reach that reduction by being a little more sensible with how they water their greens and grasses. So using all those factors and methods, they jointly or individually will meet that goal by 2016.

How do you foresee the future of groundwater use in Montgomery County in the next 10–20 years?

Nelson: What we've done in our plan is that we realize there will be use of [groundwater], but that's one of the reasons that the overconversion is happening in The Woodlands and Conroe. That gives the ability for the rest of the entities that are not taking surface water to continue to use groundwater. Today, the rules are such that new developments that need groundwater can either [use] an alternate source or join a [groundwater reduction plan]. The surface water conversion, the Catahoula wells, the reuse [initiative] and all of those things are being put in place not only to relieve some of the pressure that we see on the existing water table, but also to have a diverse supply.

What kind of stress will population increase in the Greater Houston area have on water resources?

Turco: Everybody drinks water. Everybody uses water. So certainly you bring in more bodies, you're going to have an increased water use. In 2010, the district along with its partners, we went down a road to update our regulatory plan. [We] worked with a wide variety of consultants and even the [U.S. Geological Survey] to upgrade our models, to upgrade our predictions of how populations are going to not only increase, but where they're going to be. As we move forward, Montgomery County's population is going to double [by 2040]. Water conservation is something that is hard to quantify. You can't really put a real metric on it, but it's something that everybody can contribute to. 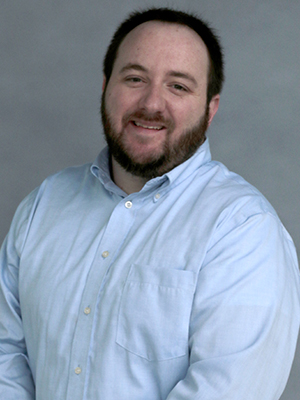