More than a year after the Lone Star College System's nearly $500 million bond package failed to receive voter approval, the community college system may try to gather community support for another bond referendum in November.

Ray Laughter, vice chancellor for external affairs for LSCS, said the college and board of trustees are thoroughly examining the repairs and renovations required at its campuses as well as what has changed since a master plan was devised for the 2013 bond referendum.

"We're aggressively going through our facility planning update," Laughter said. "I would expect we would do some deeper investigation over the next 30 days or so. And our board will have to make a decision by August."

LSCS experienced 58 percent enrollment growth in the five years prior to the 2013 election. However, LSCS continues to see system-wide growth, Laughter said.

"We had a couple of semesters where we were fairly flat, but we're clearly growing again," Laughter said. "I don't think we're going to slow down and more people keep moving here."

"We don't track it because it [is] part of a system, but if University Park was a standalone college, it would be the fastest growing college in the country," Ardalan said.

Ardalan said growth has occurred across the entire campus, but the Associate of Arts degree remains the campus' most popular degree. LSC-University Park also emphasizes science, technology, engineering and manufacturing programs. With the opening of the Engineering and Manufacturing Institute this fall, he said technical courses will see a 470 percent growth this semester.

"It's not that demand [for engineering courses] wasn't there," Ardalan said. "It's that we couldn't accommodate it."

Laughter said the need for LSCS continues to grow with as many as one in every four high school graduates within the LSCS service area taking classes at LSCS this fall.

Judy Rimato, associate superintendent for communications and planning for Klein ISD, said 24 percent of Klein's 2013 graduates attended or are enrolled in classes at a LSCS campus. Rimato said the school district also has partnerships with LSC-University Park, including dual-credit classes.

"They're a great asset to the school district," she said. "We have a great partnership with Lone Star [College]."

"We recognize and appreciate the role that Lone Star College plays in that process [of preparing students for life after graduation]," Garrison said.

The 2013 bond referendum would have provided $497.7 million of funding for projects throughout LSCS had it passed in May of last year. Laughter said low voter turnout and organized opposition in Montgomery County may have led to the referendum's failure.

"If we held an election in November, the turnout would be much larger, and we would do a better job of communicating our needs," Laughter said.

The amount of a bond referendum in November has not been announced. However, there are still hundreds of millions of dollars in projects that have yet to be funded from 2013's bond package.

Some projects, including the new Creekside campus in The Woodlands and the new East Aldine Center near I-45 and Beltway 8, are being constructed using other available money. The Creekside campus is being constructed with $36.3 million in revenue bonds, or bonds paid for by user-generated fees. The East Aldine Center will be built using the Federal New Markets Tax Credit Program, which could fund a portion of the $25 million required to build the center.

However, the college system does not have enough available funding to construct all of the remaining projects, Laughter said.

"The problem with the projects remaining from the 2013 bond election is construction costs have gone up so much with all the construction we have going up in the area," he said. "We're going to have to try to figure out [another] way to get those projects built."

The 2013 bonds would have given LSC-University Park $59.3 million for projects, including arts and science buildings.

"The demand [for those buildings] has not only been there, but it's surpassed the expectations that we have," Ardalan said.

Laughter said LSCS has increased its online courses, but increased online enrollment is not the long-term answer.

"Some classes you can take online, some you can't, and some students just don't do well with online classes," he said. "[More online courses] cause technology issues as well, so we need to expand that capacity. Even online students come to the campus. They come here to use student services [and] the library. That continues to put a strain on our infrastructure." 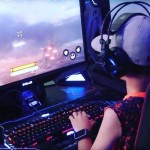 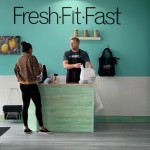