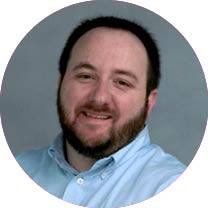 Oil and gas at forefront of record job growth

The growth in the energy sector in The Woodlands over the last two years has been significant. As companies relocate and expand in the area, cranes and construction crews are changing the skyline of The Woodlands.

Gil Staley, CEO for The Woodlands Area Economic Development Partnership, said South Montgomery County added a record 1,172 jobs in 2012 among its 57 major non-retail employers—employers with 100 or more full-time employees. Staley said more than half of those jobs came from the energy sector, which includes Anadarko Petroleum Corp., RPC, Inc. and STS Products, along with energy-related businesses, such as Nexeo Solutions and Waste Connections.

"While it's not unusual [to experience job growth], we have not seen this kind of growth in these huge numbers," Staley said.

Staley said 2013 could outpace 2012, as relocation proposal requests for the fiscal year have already outnumbered those of fiscal year 2012. The relocation of Layne Christiansen from Kansas and the expansion of Talisman Energy will be completed by end of 2013.

"Energy is still our fastest growing sector," Staley said. "We have not had to go out to make requests. Our phones have been ringing off the hook."

No energy employer has provided more job growth in The Woodlands than Anadarko Petroleum, which has grown by 300–400 employees over the last two years, said John Christiansen, Anadarko's external communications director. At more than 3,200 employees, Anadarko is the second largest employer in South Montgomery County, according to the EDP.

In addition to the 30-story, 817,000-square-foot Anadarko tower, the corporation occupies a building on Timberloch Drive and several floors in the Woodforest Bank building, whose employees will relocate to the new 31-story, 549,000-square foot tower in spring 2014, a building that will house up to 1,525 employees.

"We have grown tremendously just over the last two years," Christiansen said. "Most of the jobs we've already added. We're simply trying to consolidate the folks that we have, and we do continue to grow when our assets grow."

Staley said the EDP has not specifically sought out oil and gas businesses, but rather the industry has sought out The Woodlands. With a booming economy in Texas and one of the strongest areas of growth coming from the greater Houston area, Staley said, companies are relocating from struggling areas of the country.

Ron Mittelstaedt, CEO for Waste Connections, the largest energy and petroleum waste provider in the U.S., said his company relocated 100 employees in 2012 from a struggling California economy to The Woodlands.

Mittelstaedt said the company chose the Houston area because of its time zone and proximity to airlines, but said the state's lack of income tax and the strong housing market were significant improvements from California.

Once the company decided on the Houston area, Mittelstaedt said, The Woodlands' amenities, economy, retail environment, schools and lack of traffic helped them chose the community.

Some of Waste Connections' largest clients are also based in The Woodlands, such as Anadarko, Baker Hughes and Newfield.

Woodlands Township President Don Norrell said energy companies often base decisions on location and quality of life, such as education, transportation, community activities, health care and outdoor recreation. However, Norrell said, tax abatements are also a tool used to acquire new businesses. Even with the amenities offered by The Woodlands, he said, abatements are a necessity to compete with other locations.

"Communities all over Texas offer tax abatements to businesses if they bring a certain number of jobs and investments to the community," Norrell said. "We have a great product as a place for people to live, work and play. But in a lot of cases, you get into a bottom line decision with some folks who are lured by tax abatements."

Only one county abatement has been turned down by the township: an office condominium development with multiple owners.

Christiansen said Anadarko received a 10-year tax abatement on the 31-story expansion estimated at about $28 million. Tax abatements help large corporations make long-term investment decisions like relocations and expansions, he said, although he praised other amenities offered by The Woodlands.

"If you're raising a family, [The Woodlands] offers the kinds of things you're looking for: good schools, parks, good recreation, things that can attract business clientele," he said.

Impact on The Woodlands

Norrell said the oil and gas industry growth provides several benefits to the community, including a significant impact on sales and property tax revenue, which fund the majority of the township's annual budget. Norrell said the energy sector is also a "major driver" of hotel occupancy tax revenue thanks to corporate meetings, trade shows and conventions.

"Houston is known throughout the world as the energy capital of the world," Norrell said. "Certainly, The Woodlands benefits with Houston's positioning in this business sector. This industry provides good, solid jobs for residents of The Woodlands and contributes to the overall tax base in a positive way."

Of the major non-retail employers in South Montgomery County as of January 2013, 32 percent of all employees—or about 8,100 employees—come from the energy sector, according to the EDP.