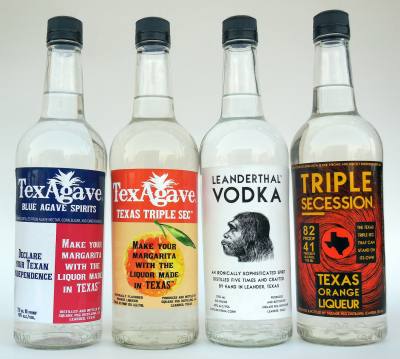 “This is a game changer,” Leanderthal Distilling founder Scott Calame said in the release. “One of the biggest challenges in this industry is wide scale distribution. If you’re not with one of the top four or five distributors in the state, your market is limited.”

Calame had previously garnered regional distribution for his products as well as shelf space at Total Wine & More in Texas, but soon products will be sold at independent and chain stores across Texas, according to the release.

The business began as Square Peg Distilling in 2016 but later changed its name to Leanderthal Distilling. Its products include Leanderthal Vodka, Whit’s Leander Dry Gin, TexAgave Blue Agave Spirits and more. Its distillery is located at 11894 Old 2243, Ste. A, Leander.

A tasting room and entertainment venue called Leanderthal Lounge is anticipated to open in July next to the distillery. The space is to feature craft cocktails, food trucks, music, art shows, and indoor and outdoor seating.