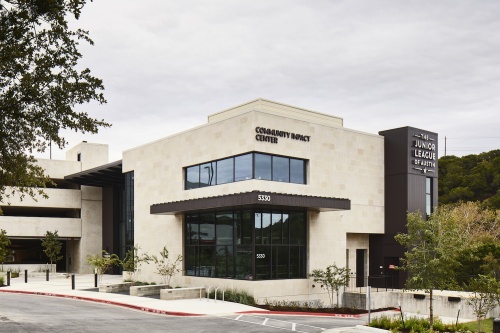 The Junior League of Austin celebrated the opening of its new headquarters, the Community Impact Center, on Oct. 17.

Show map
The Junior League of Austin celebrated Oct. 17 the opening of its new 48,000-square-foot headquarters in Northwest Austin.

The organization is the fifth-largest Junior League in the world and has more than 2,500 members. Its mission is to promote volunteerism and develop women into leaders and trained volunteers, according to a news release.

Located at 5330 Bluffstone Lane, Austin near Loop 360, the organization's new Community Impact Center will allow members to have space for volunteer work through its programs that include Coats for Kids, Food In Tummies and Kids in Cool Shoes. Community members are also able to rent the facility for events, according to a news release.