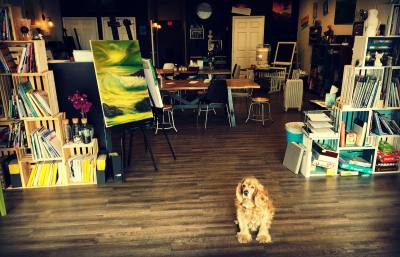 The art studio celebrates its fifth anniversary in January. Charlie is the studio dog at Art Amore.

The studio, owned by mother-daughter duo Kathy and Elyse Barmettler, offers classes and camps for children as well as adult workshops and private lessons.