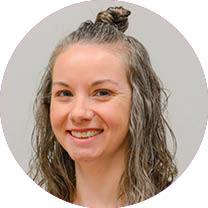 Lori Klein Quinn was sworn in as mayor of Tomball on May 16. Before becoming mayor, Klein Quinn had served on Tomball City Council since 2014.

A University of Houston graduate, Klein Quinn is also retired from being a certified public accountant and certified financial planner for 41 years.

Klein Quinn said she is active in the Tomball community and part of several organizations, including previously serving as president of the Women’s Business Forum and the Tomball Business and Professional Women. She was a founding board member of the North Harris Montgomery Community College District Foundation, now known as the Lone Star College Foundation.

Born and raised in Tomball, Klein Quinn and her husband, David Quinn, live in the city and have a blended family of four daughters and six grandchildren.

Responses have been edited for length and clarity.

What prompted you to leave your City Council seat and run for mayor?

I’ve been on City Council for eight years, and I learned quite a bit about what being a good City Council member was. I had been approached, and I felt called to do this at this time. You can say the stars just aligned. I never wanted to take on more than I could commit to in public service.

I had a business for 38 years that I worked full time plus [had] a family to raise, so I felt like taking it further than a council member required more time than I could give. ... I sold my business in 2020; the transition of the business ended in December 2021. So January, just about the time I felt Mondays were part of the weekend, it was put on my heart to do this. So I said, ‘OK.’ I talked to my husband, and he was very encouraging. ... I felt this is where the Lord was leading me. It’s time to step up and serve this town in this capacity if that is what the voters want.

What are you hoping to accomplish in the next two years as mayor of Tomball?

We’re growing so rapidly, and development of Tomball is everywhere, which is good. That’s a good thing. But we also need to make sure that the vision of this town and what we want our town to look like 20 years from now is what our development is doing. A lot of that is [FM 2920]. ... We have hired an engineer to go through the three different options [for the road improvements] on our Old Town. What I want to do is make sure that 20 years from now, whoever is sitting in these seats don’t look back and go, ‘Why on earth did they do this?’ ... That is what I hope the decisions made by council and the vision for the city is something that 20 years from now, 30 years from now, that people will be proud of and glad that we did.

So I feel like that is one of the big things we need to decide on now because this will forever change our town on what Main Street looks like. ... I also want to support our businesses ... on both ends of 2920 [because] one is Old Town, and one is uptown, and businesses there need our support. What we’ve been working on is doing some new organizations and committees that people can get involved in ... plus some historical committees.

What are the biggest challenges facing Tomball and City Council, and how do you plan to address them?

Our 13 square miles has about [11,000]-12,000 people in it, and it’s expected to grow by another 1,000 or 2,000 in the next two years with all the subdivisions that we have going to be completed this year or early next year. So looking at the 13 square miles, we have only about 2,500 acres that is not developed on; with that we need to be very mindful of what is approved to go on those 2,500 acres. And that’s one of the challenges: There’s no right or wrong answer. ... What do the citizens and businesses of this town want? We are getting a lot of opinions of the people who live here and the businesses who are making their living here. ... We also are looking at infrastructure. ... We are looking at expansions of our infrastructure, plus with the rapid growth, more police and firemen to help with safety. So we have those challenges because we do not want to raise taxes. ... We have been very fiscally conservative, so we are able to use our reserves.