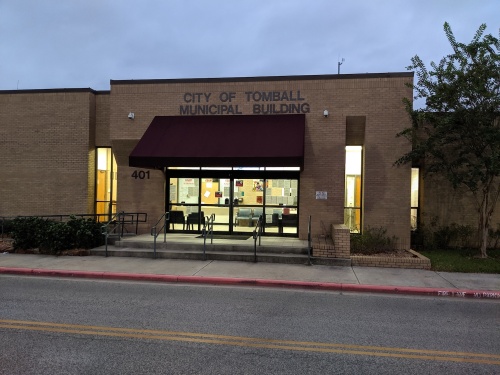 The drainage channel extension will run from south of Theis Lane behind the Cherry Meadows subdivision to Holderrieth Road where the channel will go under the roadway, make a hard turn to the east and outfall into a drainage basin, City Manager Rob Hauck said during the meeting. Relocation of pipelines—which was required to extend the drainage channel—has been ongoing since a contract was approved in June for that portion of the project, according to meeting information.

"This in and of itself is not designed to relieve what we see really at that corner, that intersection of Holderrieth and [Hwy.] 249," he said. "Certainly, we hope to continue to see relief along the channel and all that outfalls into the channel, but I don't want anybody to walk out of here thinking that this drainage project is going to alleviate that which happens at that [Texas Department of Transportation] and county road intersection."

Public Works Director Beth Jones said flooding on Holderrieth Road could be alleviated by elevating the roadway—a project she said the county does not plan to do—but that could dam water and cause problems elsewhere.

"I think that's the largest challenge is that that's all flood plain. I do know that with the widening of Holderrieth when the county comes into reconstruct the road, they are not going to elevate the road, which means that it stays in the flood plain," Jones said during the meeting. "It's good and bad. When it rains, then it floods; it will continue to flood. However, it will also not dam any of the water coming south."

A luxury apartment development by Trammell Crow Residential is slated for property at the corner of Business 249 and Holderrieth Road. However, the project is not dependent on flooding issues being resolved on Holderrieth Road, Hauck said.

Hauck said the Hwy. 249 and Holderrieth Road area east to Cherry Street is under water every time there is a heavy rain, causing the city to close that portion of Holderrieth Road, a situation that will likely continue.

"We've done all we can do up to [Holderrieth Road]," Council Member Lori Klein Quinn said during the meeting.

Council members also approved an agreement for engineering services with Costello Inc. for the design of drainage improvements to Lizzie Lane and South Persimmon Street during the Oct. 21 meeting. The agreement totals $284,198, according to city information.