Widespread power outages prompted by severe winter weather conditions throughout Texas this week have led to increased focus on the Electric Reliability Council of Texas, or ERCOT, which manages statewide electric power flow.

The dayslong failure of portions of the state's power grid, which is independent of the two larger interconnected systems that serve most of the U.S. and Canada, left millions of Texans without electric service this week, and as blackouts and power restoration efforts continued for days, public officials, including Gov. Greg Abbott, have called for an investigation of ERCOT.

“The Electric Reliability Council of Texas has been anything but reliable over the past 48 hours,” Abbott said in a Feb. 16 statement. “Far too many Texans are without power and heat for their homes as our state faces freezing temperatures and severe winter weather. This is unacceptable. Reviewing the preparations and decisions by ERCOT is an emergency item so we can get a full picture of what caused this problem and find long-term solutions."

ERCOT officials did not respond to phone calls or email requests for comment.

• ERCOT chief: 'We are completely back to normal operations' as of Feb. 19

Texas’ power grid has long been controlled within the state, separate from the eastern and western interconnects that cover North America. 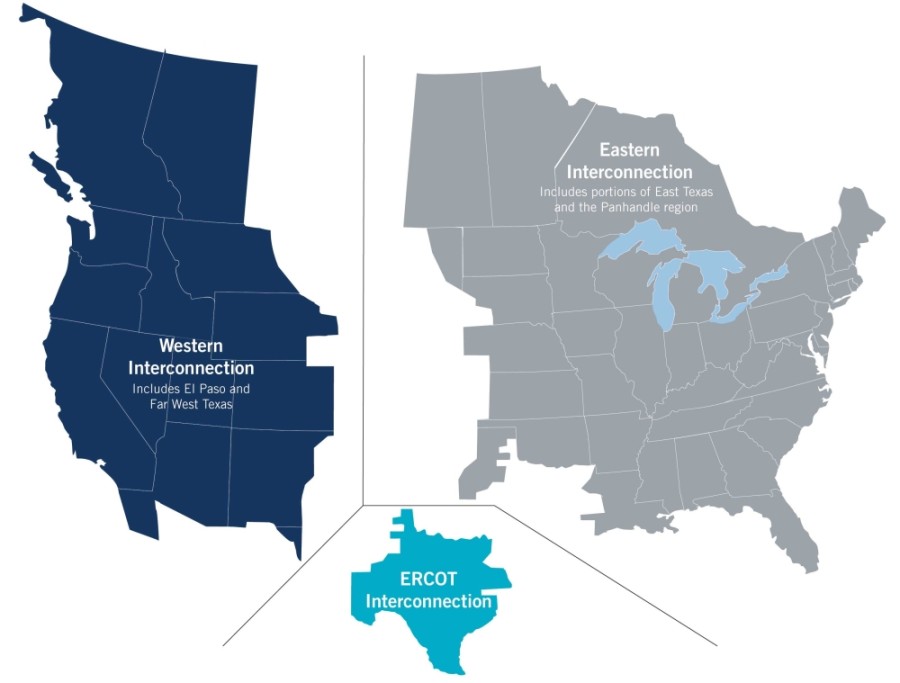 According to historical information from ERCOT, localized energy utilities first formed in Texas in the late 1800s for power equipment in ice plants. Those utilities began selling additional electricity from the ice-making process to local residential and commercial customers. Eventually, they grew to combine resources statewide and elected to keep their power within Texas.

ERCOT was founded in 1970 to manage the power grid that covers most of the state. The Taylor-based council is now headed by a 16-member board of directors and regulated by the Public Utility Commission of Texas with oversight from the Texas Legislature and the governor. According to the agency, its primary duties since 1999 have been to maintain electric system reliability, facilitate a competitive wholesale market, ensure open access to transmission and facilitate a competitive retail market.

"We have one major regulator with the Public Utility Commission, and that independence has been jealously guarded, I think, both by policymakers and by the industry and ERCOT," ERCOT President and CEO Bill Magness said in an informational video published by the council.

Ramanan Krishnamoorti, a chemical engineering professor and chief energy officer at the University of Houston, said ERCOT's longstanding independence also came from the state's desire to avoid federal interference in its power grid.

"If you go national, you have the federal government putting its full force behind it—of rules and regulations. ... So the Texas uniqueness has really sort of stemmed from the idea that they did not want the federal government to dictate what happens with generation and distribution of electricity," he said.

While ERCOT does not own its own generation or distribution infrastructure, it manages electricity service for more than 26 million Texans, which amounts to around 90% of the state’s electricity use, according to company information. As of late 2020, more than half of ERCOT’s generating capacity—some 51%—came from natural gas sources, followed by 24.8% from wind, 13.4% from coal, 4.9% from nuclear and 3.8% from solar, although generation levels throughout the state vary.

While some regulatory benefits of the insular system have been highlighted by ERCOT officials in the past, its disconnect from the continent's larger grids has also left it prone to isolation issues during high-demand events, such as the winter storms of February 2021, experts said.

"Staying independent keeps the management of our power systems within Texas. But it means that we can barely import any power when we need it most, or export it when it’s windy and mild here," said Daniel Cohan, a professor of civil and environmental engineering at Rice University, in an email.

A Feb. 11 press release from ERCOT stated that the agency issued notices from Feb. 8-11 about the record cold temperatures expected to hit Texas in the coming days and that generators were asked to prepare for the cold weather. ERCOT said at that time it expected a new winter demand record would be set that would surpass the previous record of 65,915 megawatts set in January 2018.

"This statewide weather system is expected to bring Texas the coldest weather we’ve experienced in decades," Magness said in a Feb. 11 statement. "With temperatures rapidly declining, we are already seeing high electric use and anticipating record-breaking demand in the ERCOT region."

ERCOT followed that advisory with a Feb. 14 notice in which it asked customers to reduce electricity use as much as possible through Feb. 16; that, in turn, was followed by a Feb. 15 notice advising that the council began rotating outages at 1:25 a.m. after it entered emergency conditions. According to ERCOT, more than 30,000 megawatts of generation was forced off of the electrical system due to the winter weather at that time.

"Every grid operator and every electric company is fighting to restore power right now," Magness said in a Feb. 15 statement.

As of Feb. 17, nearly 3 million customers remained without power statewide, according to the national utility tracker PowerOutage.us. According to ERCOT information updated shortly before 2 p.m. Feb. 17, systemwide demand sat at 45,352 megawatts, capacity was at 51,261 megawatts, and the agency remained at its highest emergency alert level.

Despite some early warnings in the system, Krishnamoorti said he believes the state's reliance on market conditions to manage supply and demand is partially responsible for the lack of power this week, given providers' lack of incentive to begin production well in advance of a supply shortage. He also noted the effect the types of generation sources in Texas has had on the drop in electric availability: While a drop in generation from wind sources contributed to the constraints, Krishnamoorti also said the slow ramp-up of coal and natural gas production and the national need for natural gas supply are among the main factors affecting the state.

"We knew that it was going to get too cold for us to be able to generate enough wind, and there were turbine issues. ... That was not the big story," he said. "I think [it was] the lack of preparation to get coal-fired power plants, natural gas-fired power plants [and] nuclear going, having adequate natural gas supply, and having that started ahead of time. Really a lack of preparation."

Cohan also said insufficient supply of natural gas, the state's top source of generation capacity, was a key contributor to the blackouts.

"The shortfall in natural gas supply is about 20 times as large as the shortfall in wind supply, compared to expectations for a winter peak cold event," he said. "All sources can better winterize. But the leading failure here is of the natural gas systems to supply enough natural gas at sufficient pressure to the power plants."

In a Feb. 17 statement, ERCOT said more than 46,000 megawatts of generation and around 185 generating units had been knocked off its system by the weather this week, including 28,000 megawatts from thermal sources and 18,000 megawatts from wind and solar sources. The council said factors for failures include frozen wind turbines, limited gas supply and pressure, and frozen instrumentation.

The statewide outages reported this week represent the fourth such event in ERCOT’s history, following rotating outages initiated in December 1989, April 2006 and February 2011.

One result of the 2011 service interruptions, which were also caused by severe winter weather, was the publication of a comprehensive federal report that outlined the past failures of power generators to adapt their equipment to winter conditions. The report also included recommendations that ERCOT and other authorities make winterizing assessments, coordination, and related equipment and procedure updates a top concern.

"The task force recommends that all entities responsible for the reliability of the bulk power system in the Southwest prepare for the winter season with the same sense of urgency and priority as they prepare for the summer peak season," the 2011 report stated.

Beyond just following previous recommendations, Krishnamoorti said he believes the state and power suppliers could have further incentivized advanced preparation for the record-breaking, although expected, conditions experienced throughout Texas.

While smaller solutions, such as better home insulation and larger changes to Texas's electric grid, could help mitigate problems during similar events in the future, Cohan said he hopes the state will take a broader range of issues into consideration for any potential updates to its energy systems following this winter event.

"We need to look beyond the electricity system and realize that this is an energy systems crisis. This crisis illustrates how mutually vulnerable our natural gas and electricity systems are to each other," he said. "Adding transmission lines between ERCOT and other grids would help make us more resilient. It would especially help during summertime heat and hurricane events. ... But it’s important to prepare not just to refight this battle, but to be more resilient throughout the year and across a full spectrum of extreme weather and climate events."
Texas Electric Reliability Council of Texas Greg Abbott Houston Metro Weather DFW Metro Weather Austin Metro Weather Rice University University of Houston Ramanan Krishnamoorti Bill Magness Public Utility Commission of Texas Texas Winter Storm 2021
SHARE THIS STORY