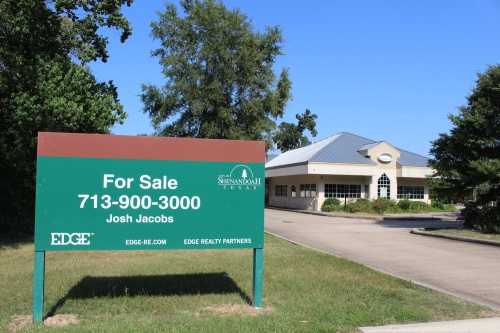 Several local restaurants in and around The Woodlands have closed in the past few months. Over the past year, residents of The Woodlands area may have noticed increased turnover in the local restaurant scene, as many new eateries open almost simultaneously with the closing of others.

Out of the 13 closures, 10 have occurred in the past six months.

“The Woodlands is an affluent suburb in one of the world’s greatest food cities, making us an attractive market for restaurateurs,” said Albert Nurick, a 14-year resident of The Woodlands and founder of the Woodlands Area Foodies Facebook group who often works with local restaurants. “We like interesting restaurants, but going too far outside the box is risky. Restaurants have to bring their A-game to impress this savvy market, and they have to get the word out.”

While restaurant owners have many reasons for closing, owners, industry experts and local foodies said they are grappling with the keys to being successful in a competitive market like The Woodlands.

“I’ve talked to a fair amount of people who were either in management or owned those restaurants that closed, and from what I’ve heard is that every restaurant has its own individual story as to why they closed,” said JJ Hollie, president of The Woodlands Area Chamber of Commerce. “It doesn’t necessarily mean that the restaurant industry is hurting.”

Many of the restaurant owners contacted for this story did not respond to requests for comment. However, Chevis Fleming, general manager of the Kingwood location of Skeeter’s Mesquite Grill, said The Woodlands location—which closed after 24 years on Nov. 19—could no longer afford rental costs.

“We went to renegotiate our contract, and [Regency Centers] almost doubled our rent price. It just wasn’t feasible for us to keep The Woodlands location open anymore,” Fleming said. “It was a shame—we didn’t want to [close it] but it was better than having one store bleeding [money].”

Representatives from Regency Centers did not respond to a request for comment before press time.

The restaurant’s other locations in Kingwood, West University and Sugar Land all remain open.

“If you’ve spent any time in The Woodlands, there’s absolutely a saturation of restaurants,” Fleming said. “It’s just hard to be a fast-casual restaurant in [the Cochran’s Crossing Village Center] under those [rent] prices and still make a profit.”

The Hub Restaurant & Bar, which opened last summer, closed in the Village of Creekside Park in May. Under the same owners, Coffeeshop Company underwent a name change two months prior.

“We felt that our customers needed more than just coffee so we expanded [our I-45 location] to include lunch and dinner,” said Phillip Cammarata, The Hub Cafe & Bistro night shift leader. “The other location just wasn’t meeting our needs.”

Citing a loss in patronage from the oil and gas downturn, Bob’s Steak & Chop House owners said they closed in Shenandoah on March 10.

“Our family dinner business has been solid, [but] our business traffic and event sales have struggled since the oil business issues affected the market,” said Jimmy FitzGerald, CEO/COO of Texas Star Brands Inc., which owned Bob’s Steak & Chop House.

Fresh starts
In addition to those closures, 12 others have already rebranded or are planning to rebrand themselves either by closing temporarily and reopening as new concepts or by changing their names. One of those restaurants is Fielding’s Rooster, which opened in August 2017 on Research Forest Drive and closed May 8. According to Fielding’s Restaurant Group owner Cary Attar, the space will be converted into a private venue space.

“The Woodlands restaurant scene is growing, changing and dynamic,” Attar said. “A few years ago we were underserved, with too few concepts and seats. Then in the last few years, the market became over saturated. Now we are experiencing a decline in the number of operations and seats, with few[er] new [concepts].”

The owners of the Hubbell & Hudson restaurant group also announced in July that its three Woodlands-area eateries would be undergoing rebranding. Hubbell & Hudson Bistro will close Aug. 25 and reopen as TRIS on Sept. 7 to undergo menu changes and interior updates. In the same location, Cureight by Hubbell & Hudson will also be closed during the same time frame to rebrand as Cureight.

“The name ‘Bistro’ never completely translated the new cooking techniques and the refined menu we adopted since the Hubbell & Hudson Market closure back in 2014,” Hubbell & Hudson Chef Austin Simmons said. “The new ‘TRIS’ name will help us separate all three concepts in The Woodlands more clearly.”

Hubbell & Hudson Kitchen will rebrand as ‘The Kitchen,’ Simmons said. This location, however, is not expected to close during the process.

Although five of these closures and two rebrandings happened along Research Forest Drive, Nurick said he does not believe the corridor is to blame.

“I think each of these establishments had different issues,” he said. “Research Forest [Drive] itself isn’t a bad place for restaurants. We’ve seen plenty of success along this road.”

Nurick said he believes some of those issues included inconsistency in food quality and service, a lack of buzz among local foodies, failure to stand out and—in some genres of food—market saturation.

“We’ve got plenty of steakhouses, Tex-Mex places, pizza and burgers,” Nurick said. “If I were going to open a new restaurant featuring one of these cuisines, I’d be very sure that my offering stood out from the competition and that I had a solid plan for letting The Woodlands know about it. I think the market is ripe for more unique Asian and Italian restaurants.”

Seven American restaurants have permanently closed in The Woodlands, while nine American concepts have rebranded over the past year.

On top of those rebrandings, at least 25 new restaurants have opened in The Woodlands area over the past year, with offerings ranging from Asian and Mexican cuisine to health-conscious eateries.

“New restaurant openings are great and bring new energy to the market,” Nurick said. “For every restaurant that closes, it seems that we have two openings.”

“In The Woodlands, I believe we have knowledgeable, well-traveled consumers who expect great food and service in a wonderful atmosphere with a strong value statement,” he said. “Guests in The Woodlands have choices, so it’s important to focus on the guest and meet their expectations.”

Nurick said he believes having the basics down is not enough for a restaurant trying to make it in The Woodlands. He said a presence on social media and skillful handling of problems are equally as important.

“Customer loyalty is hard to earn and easy to lose,” Nurick said. “Word-of-mouth travels fast here, and a poor reputation will kill your business.”

Hollie said he believes it is also important for new restaurants to make connections by joining The Woodlands Area Chamber of Commerce and attending events, such as Taste of the Town and Wine & Food Week. Hollie said only about 10 percent of the chamber’s members are restaurants.

“The chamber has over 1,500 members, and we host events every month, many of which take place at restaurants, so we bring 100-150 people to your front door every time we host an event,” Hollie said.

Attar said his membership with the chamber has been instrumental in the restaurant group’s success.

“It’s a terrific way to meet other business people in the community ad to network with those people and learn from them,” Attar said.

Looking forward, several restaurants are under construction in The Woodlands area and expected to open later this year. House of Pies Restaurant & Bakery is slated to open on Lake Woodlands Drive, while construction on Mia’s Table is underway in Shenandoah.

Additionally, Woodson’s Local Tap+Kitchen announced a second location for the Birnham Woods Marketplace in May, and Sweet Paris Creperie & Cafe will open in the Market Street shopping center this fall.

Hollie said based on recent openings and the high demand for dining, he said he thinks the industry will thrive in The Woodlands area, despite recent setbacks.

“I eat out quite a bit, and I see tables that are filled and restaurants with lines almost out the door to get in,” Hollie said. “We have a great economic environment that just lends itself to successful service industries like the restaurant industry. In fact, we could probably stand to have a few more restaurants.”