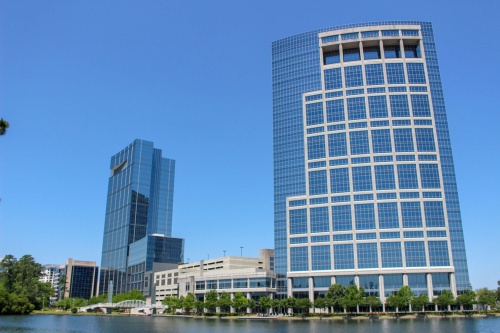 Occidental Petroleum Corp. announced its finalized acquisition of The Woodlands-based Anadarko Petroleum Corp. on Aug. 8, after Anadarko shareholders approved the merger in a special meeting held at the company's headquarters.

The deal's closure comes less than four months after Chevron Corp. first announced its intentions to acquire Anadarko, The Woodlands area's largest private employer. Chevron dropped its bid after its offer was topped by Occidental in May. The final transaction received more than 99% of votes at the Anadarko shareholder meeting, and is valued at $55 billion including Occidental's assumption of Anadarko's debt.

"With Anadarko’s world-class asset portfolio now officially part of Occidental, we begin our work to integrate our two companies and unlock the significant value of this combination for shareholders,” Occidental President and Chief Executive Officer Vicki Hollub said in an Aug. 8 statement.

Anadarko employed more than 3,600 workers and contractors locally, according to an early 2019 count by The Woodlands Area Economic Development Partnership. An Occidental spokesperson said the company did not have additional information to offer on the status of Anadarko's workforce or 1.37 million-square-foot headquarters in The Woodlands following the acquisition.

Gil Staley, the EDP’s chief executive officer, said in July that a group of The Woodlands-area officials and community members had met with Hollub to discuss the future of Anadarko's campus and local workforce prior to the deal's completion. Although no final plans were made at that time, Staley said Hollub had expressed the possibility that Occidental could sell the former Anadarko asset then lease the space for its future operations.

The 7.35-acre campus on Lake Robbins Drive is valued at $206.28 million, according to 2019 Montgomery Central Appraisal District data. Anadarko first occupied The Woodlands property in 1999 and later expanded its headquarters with the construction of the 30-story Allison Tower and 31-story Hackett Tower.

"It's certainly the closing of an era," Staley said following the acquisition.

This story was updated to include further information on Anadarko's headquarters and comments from Occidental and The Woodlands Area Economic Development Partnership.
SHARE THIS STORY