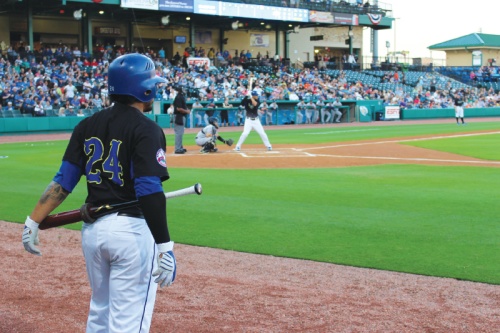 Sugar Land Skeeters President Jay Miller has resigned after three seasons in his role, the team announced on Dec. 18.

“I cherished my time in Sugar Land, from the fans, the staff, the team and all of our partners, and I truly believe I’m leaving the organization in a better place,” Miller said in a statement. “I have the utmost confidence that the front-office staff will continue to develop the Skeeters brand while continuing to run a first-class organization.”

Miller joined the Skeeters in December 2015 and was with the team for three seasons and two Atlantic League Championships. He brought 35 years of professional baseball executive experience, having previously worked with teams including the Texas Rangers, Round Rock Express and New Orleans Zephyrs.

During his time with the Skeeters, Miller helped increase the team’s overall attendance.

“It’s been a tremendous three years for the Skeeters organization and we appreciate all of Jay’s contributions and wish him the best in the future. Jay is a friend to all and will be missed,” Skeeters Owner Bob Zlotnik said in a statement. “We are excited about the leadership Tyler has exhibited for seven years and we look forward to continued success of the Skeeters organization.”
SHARE THIS STORY