Fort Bend ISD board approves purchase of land for High School No. 12 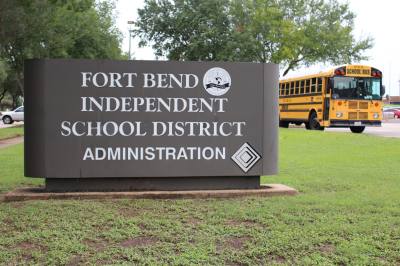 In an effort to fast-track the construction of High School 12, the Fort Bend ISD board of trustees approved a purchase of about 80 acres of land located in Rosharon.

The purchase price is not to exceed $2.60 per square foot, which would put the purchase price at about $9.06 million. At the Jan. 14 board meeting, the district discussed where the possible high school site would be and which school feeder patterns could be affected. The approval followed a Jan. 18 decision by the school district not to recommend certain boundary change plans to balance enrollment for some of the southeast high schools in the district. Instead, the district has decided to keep the boundaries as-is and is focusing efforts on opening High School 12 two years earlier in 2022.

At the beginning of the discussion, Superintendent Charles Dupre said since the Jan. 14 meeting when the recommended boundary changes were proposed, the district worked overtime to explore all of the ideas, talk to architects and attorneys, and dug into data to figure out what the impact would be if a boundary change didn’t happen. In addition, being able to secure the 80 acres provided new options, Dupre added.

He went on to say that despite not bringing forward boundary changes, the district was going to make sure that the needs of Ridge Point High School that is over 100 percent enrollment and is expected to grow exponentially in the coming years, are met between now and 2022.

“We are not abandoning Ridge Point High School,” Dupre said. “We are going to address them and convene focus groups in the community so they are well aware and have a voice.”

FBISD Chief Operations Officer Oscar Perez said the cost of constructing High School 12 was included in the 2018 bond that passed in November. There are also fixed costs between $4 and $4.5 million to open a new high school, related in part to securing personnel, according to district Chief Financial Officer Steven Bassett.

In looking at ways to open the project early, Perez said he met with the new high school’s architect to determine a method that would be able to deliver a building by 2022.

“It is a tight schedule, but the developer has given us an agreement to proceed with a feasibility study,” he said. “Some of the things we cannot control, like Mother Nature, but if everything works right, we can deliver a building. We are also planning a design so it could be opened in phases, if needed.”

In addition to putting this plan into place, trustee Grayle James asked the district to also look into unintended consequences and costs of building the high school two years earlier than planned.

Meanwhile, Chief of Schools Joe Rodriguez will spearhead the creation of focus groups for Ridge Point High School to come up with solutions on how to effectively manage growth while ensuring the safety of students, reducing the overcrowding at core areas and minimizing disruption to the learning environment. Focus groups will also be coming up with creative ideas in terms of staffing and options such as flexible scheduling and school choice.

Rodriguez also said that the August 2019 opening of the James Reese Career and Technical Center should positively affect Ridge Point.
SHARE THIS STORY

7 events in the Sugar Land, Missouri City area to check out this December, January

Check out these holiday events, concerts and light displays that will be happening in the Sugar Land and Missouri City area in the upcoming months.

The high school campus is expected to open ahead of the 2022-23 school year.

The 24-hour fitness facility will offer a variety of workouts including hot yoga and hot Pilates.

The Y Factor, a men's urology and fertility clinic, is now open in Missouri City.