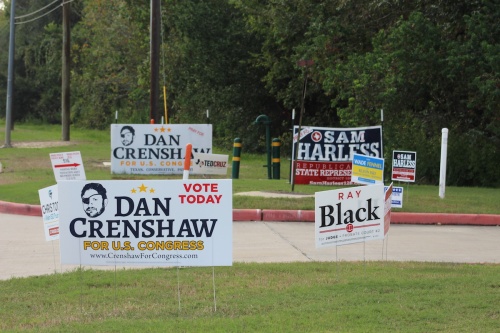 While Republicans held on to seats at the state level and in the U.S. Senate, county and local races in the Nov. 6 election in Spring and Klein resulted in some major changes among elected officials.

Harris County Judge Ed Emmett, who has served in that position since 2007, was defeated by Democratic challenger Lina Hidalgo in a vote of 590,524 to 572,816.

In Harris County Precinct 4, which includes Spring and Klein, incumbent Republican Jack Cagle retained his seat by almost 10 percent of the vote against Democrat Penny Shaw.

Among state representatives, Republican Paul Bettencourt retained his seat in state Senate District 7 in a race against Democrat David Romero by a vote of 177,156 to 123,356.

Republicans held onto seats in the state House of Representatives as well.

For a full list of results for the area, visit our election coverage page.