7 stories to follow in Lake Houston, Humble, Kingwood in 2018 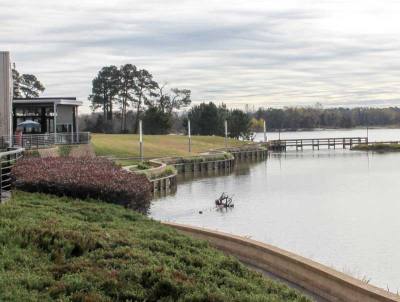 City, county and national officials are searching for solutions to flooding in the Lake Houston area.

Preparing the Lake Houston area for the next Harvey:

State, local and regional officials are pushing for billions in funding to limit flooding in the Lake Houston area, including a more than $1 billion bond referendum from Harris County in 2018 that could raise taxes.


Design and construction of projects identified by the Kingwood Area Mobility Study—a study of congestion in the Kingwood area by the lake Houston Redevelopment Authority—begins to ramp up in 2018.

The district is deciding this February whether it should call a bond referendum that could reach $600,000—the highest amount Humble ISD could borrow without raising taxes.

Harris County is improving the greenspace outlook in Atascocita by constructing a 19-acre park near the intersection of Will Clayton and West Lake Houston parkways.

Fourteen candidates, including nine Republicans and five Democrats, have filed to replace U.S. Rep. Ted Poe, R-Humble, who announced in November that he would retire.

Construction began in 2017 on the Northeast Water Purification Project, which is part of $3 billion in projects associated with providing surface water as a drinking source for the region.
SHARE THIS STORY