Preparing the Lake Houston area for the next Harvey 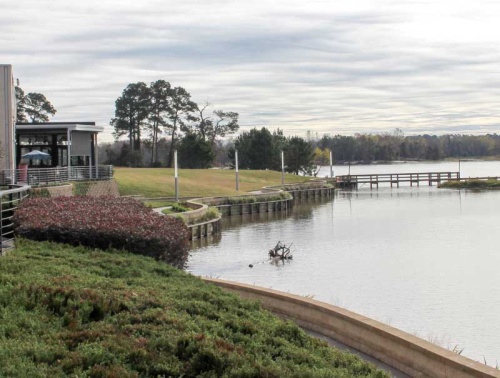 City, county and national officials are searching for solutions to flooding in the Lake Houston area.

After thousands of homes and businesses were damaged across the region during Hurricane Harvey, local, state and regional officials are working to secure billions of dollars to pay for mitigation projects.

The officials have also stressed a sense of urgency as the next hurricane season is only a few months away.

Harris County is preparing for a bond referendum in 2018 that could exceed $1 billion, while Lake Houston area officials and legislators pursue state and national funding for projects that could also limit flooding. A bond of this size could cause property tax rates to increase, County Judge Ed Emmett said.

U.S. Rep. Kevin Brady, R-The Woodlands, said he believes it is necessary to take action before the next devastating flood. Brady’s district includes the Montgomery County portion of Kingwood.

“Our community has seen three ‘500-year floods’ in the last three years alone,” Brady said. “It’s not a question of if we face another storm like Harvey or the Tax Day flood but when.”

Local legislators and officials launched Recover Lake Houston—a campaign that lobbies for funding and awareness for projects that could reduce flooding in the Lake Houston area—in early December, said Jenna Armstrong, CEO of the Lake Houston Area Chamber of Commerce.

“Forty-four percent of businesses in the Lake Houston area—we have 7,500 businesses, so nearly half of our businesses—sustained some type of damage [during Harvey],” Armstrong said.

The initiative calls for two remediation projects along the San Jacinto River: state funding to study and dredge the San Jacinto River of the sand and debris that limits its capacity, and an enforcement of regulations on illegal sand mining operations, said state Rep. Dan Huberty, R-Houston.

Houston City Council Member Dave Martin said he believes the sand deposits in the San Jacinto River may have been directly responsible for flooding during Harvey in the Fosters Mill subdivision in Kingwood, which does not typically flood.

“If you look at the sand bars in the middle of the river that formed over the last few years, we’ve lost a tremendous amount of water capacity,” Martin said.

“In Harvey, we passed 15 feet of lake level through the gates,” Houston said. “So if we had started that event 3 feet lower, it really doesn’t change—it would delay the release of water. I don’t know by how much, but you’ve still got 12 feet of water that you’ve got to deal with.”

Emmett and county commissioners expect to call the $1 billion bond referendum in May or November, he said.

However, the size and scope will be determined by the amount of state and federal funding the area receives, county spokesperson Joe Steinbaker said.

The projects in the referendum could include the Houston area’s third reservoir along Cypress Creek, which flows in to Spring Creek and eventually into Lake Houston. It could also feature the dredging of Lake Houston—which has lost several feet of capacity—and funding for an expanded home buyout program, Emmett said.

“We have Lake Houston, which needs to be dredged—it’s probably half the capacity it used to be,” Emmett said. “We’ve got all kinds of projects along Spring Creek and Cypress Creek.”

Accomplishing many of the projects will require state funding, Precinct 4 Commissioner Jack Cagle said. For instance, there are $850 million worth of home buyouts that need to be done countywide that would be tough for the county to fund, Cagle said.

Cagle said he hopes the state uses $2.5 billion of its reserves to help fund the mitigation projects.

“Our region generates more than a quarter of the revenue for the state,” he said. “And nowhere near that amount of revenue gets spent back into our region.”

State Sen. Paul Bettencourt, R-Houston, said he expects the state’s Rainy Day Fund will be used for flood mitigation, but he is not sure how much.

“There’s no question that we’ll have to tap the Rainy Day Fund,” Bettencourt said. “The eight senators that were in flood-damaged areas—we’re all going to be pushing for this. ”

The U.S. House passed an $81 billion  disaster assistance package for recent hurricanes and the 2017 wildfires in December. It provides funding to the Army Corp. of Engineers, which will distribute the funds to local municipalities, Brady said. The bill must be approved by the Senate in January.

Meanwhile, Montgomery County is working on two studies and has requested $100 million in federal dollars to combat flooding throughout the county, Judge Craig Doyal said.

The county is seeking funding for a $1.2 million study to determine the feasibility of putting detention ponds on Spring, Caney, Peach and Lake creeks—all of which flow into Lake Houston.

Montgomery County is also working on Phase 2 of the Flood Protection Planning Project, a joint study conducted by the county and the SJRA, Doyal said.

However, despite the studies and plans, Doyal said he believes a large event like Hurricane Harvey will always be a challenge.

“No design engineer, no contractor can develop anything to accommodate for 50 inches of rain,” he said.