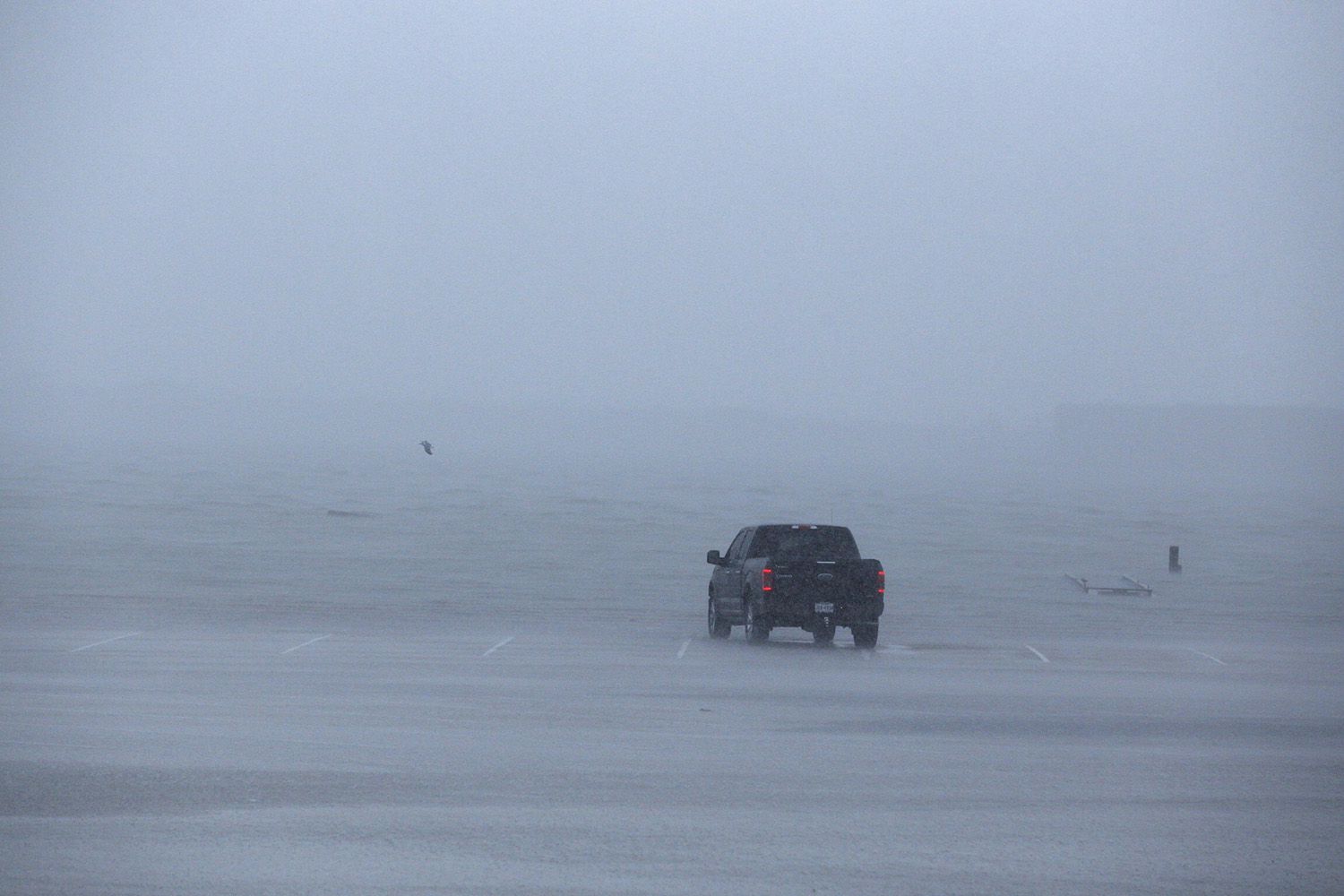 At least five people in the Houston area are reportedly dead. Across the region, rising waters stranded people in their homes and on rooftops, and entire stretches of freeway were submerged. Officials believed the first fatality to be a woman who was found dead near her car, in which she had likely been trapped during a flood, according to the Washington Post.

Between Saturday and Sunday morning, Houston and Galveston received about two feet of measured rainfall, the National Weather Service said. The region is expected to receive up to two more feet of rainfall over the coming days.

“I know for a fact this is the worst flood Houston has ever experienced,” Patrick Blood, a National Weather Service meteorologist, told the Chronicle.

Harvey made landfall late Friday as a Category 4 hurricane that left one person dead in Rockport and wreaked havoc on buildings along the Texas coast. Over time, as the storm crept inland, its wind speeds diminished and meteorologists downgraded it to a tropical storm. Once inland, the storm slowed to a crawl and dropped hours of torrential rain across southeast Texas, which caused officials to warn of catastrophic flooding for days to come.