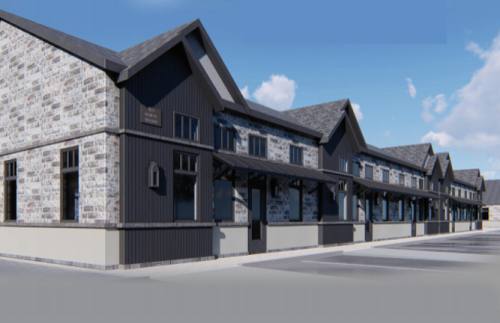 New office units are coming to the Katy area.

The Oaks at Mason Office Park is located at 2023 N. Mason Road, Katy, in the Katy Medical District, near the University of Houston campus and Academy Sports + Outdoors corporate office.

All units will range from 1,320-6,600 square feet and include two bathrooms, at least three offices, a reception area, a conference room, a break room and a kitchen, said Tim Sojka, CEO and part-time listing agent at See Tim Sell, the real estate agency representing The Oaks at Mason Office Park.

The site features an outdoor space including a food truck court and is also a short walk to Starbucks, Sojka said.

The Oaks at Mason Office Park Phase 1 construction began at the end of June and will include the courtyard and four buildings to total 19 offices, property owner Robert Anthony said.

Phase 2, which consists of three additional buildings and a total of 12 offices, is set to begin at the completion of Phase 1, Anthony said. He estimates the project to be completed by mid-2020.

As of Sept. 26, one unit has been purchased, and three letters of intent to purchase have been signed, Anthony said.