The development, which is available for preleasing, is located at 24279 Katy Freeway, Katy, and will be completed by summer 2020.

It will include a skybridge to link the existing garage constructed during Phase 1 to the new building’s main lobby, where conference and training rooms will be available as well as catering space, according to a press release.

Phase 1 of Katy Ranch Offices is next to the new building and was completed in 2015, per the release, and is fully leased with nearly 20 tenants, per the release, including Flagstar Bank, Escalate Workspace, US Silica, JMT Engineering, Price Gregory International and KGA/Deforest Design.

As the Katy area continues to grow, high-quality, conveniently located office space is needed to serve businesses in the area, including the Energy Corridor of West Houston, according to the release.

“The excitement created by Phase 1 will continue to generate momentum for Phase 2,” Baker said. “With the collaborative effort and support of Powers Brown Architecture, LSI Construction, Avison Young and the Katy Economic Development Council, this new project will be a great success and benefit the greater Katy area.”
SHARE THIS STORY

A new junior high and the former L. D. Robinson Pavilion in Katy ISD are set to be named after three past and present district educators. 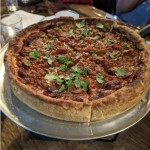 Zivel will open a new location in the Katy area in mid-November. Zivel offers flotation therapy, infrared sauna and cryotherapy services, which use extreme cold temperatures in a controlled environment to aid tissue healing, inflammation reduction and recovery speed.

As the Army Corps of Engineers continues to study flood mitigation options for the Buffalo Bayou, Addicks Reservoir and Barker Reservoir watersheds, officials with the Katy Prairie Conservancy said they and a coalition of other stakeholders are urging the Corps to reassess its early findings.

Fort Bend County Health and Human Services reported 324 new cases of the coronavirus the week of Oct. 16-22, two fewer than the 326 reported the week prior.