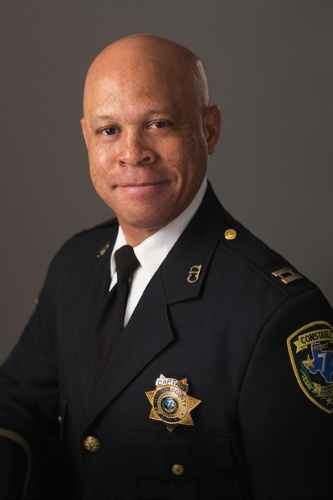 About a month after Fort Bend County Sheriff Troy Nehls announced he will not seek a third term, a county resident has announced his candidacy for the position.

Capt. Holland Jones announced he is running for Fort Bend County sheriff in the November 2020 election, according to an Aug. 6 press release. Jones is employed by the Harris County Precinct 7 Constable’s Office as the toll road operations commander and training coordinator.

His previous experience includes 11 years as an attorney over 20 years as a sworn peace officer, including two years as chief of police at the North Forest ISD, according to the release and his LinkedIn profile. He is also an adjunct professor at Texas Southern University where he has taught since 2002.

“My entire adult life has been a culmination of academic and professional aspirations leading to one decision … the attainment of the Office of Fort Bend County Sheriff,” Jones wrote in the press release.

Jones has been a Fort Bend County resident for about seven years and is running on a platform of improving communication between the sheriff’s office and the community, per the release. He will do this by creating a proactive community engagement division, hosting public listening tours across the county and sharing crime data with the public.

Jones’ other priorities include improving hiring and training practices; decentralizing the department; and creating a multijurisdictional task force to investigate hate crimes, human trafficking, gang activity, cybercrime and animal cruelty, according to the release and his campaign website.
SHARE THIS STORY