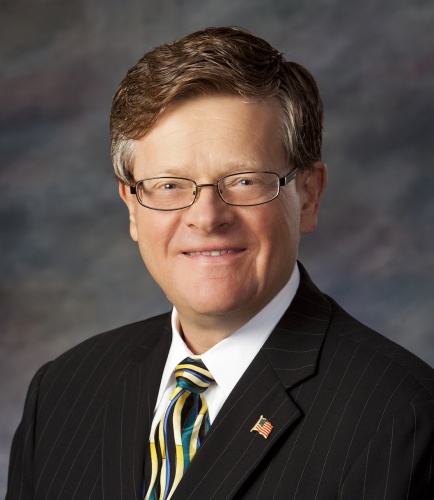 Katy City Council member Steve Pierson will end his tenure on the council in June.

Council Member Steve Pierson will conclude his service on Katy City Council when the next member at large is sworn in this June. He intends to continue serving the city, however, and looks to his faith to guide him after he leaves office, he said.

“Just because I’m termed out, I’m not done. I’m 62 years old and I want to pursue serving the public,” Pierson said.

Pierson is not running for re-election because he has reached the term limits established for the council. He is looking at options to continue serving the community. He is a reserve sergeant under Fort Bend County Precinct 3 Constable Wayne Thompson and has spoken to Katy Mayor Chuck Brawner regarding serving on boards within city government as openings come available.

Pierson first moved to Katy in 1998 and was elected to the council for the first time in 2002. He retired from the Harris County sheriff’s department after 40 years as a law enforcement officer during his first term. After his first term, he left the council and served on city boards, including the Board of Adjustment and the Katy Development Authority. After some thought, he ran for City Council again in 2012.

“I could make more of an impact on the City Council than I could on the various boards I was on,” he said.

Pierson said he learned a great deal during his time on the council and was surrounded by good public servants, including recently deceased former Mayor Johnny Nelson among others.

“When I first became a council member, God blessed me greatly,” Pierson said. “He blessed me highly and answered my prayer of letting me be on City Council, but I was also blessed to work with [former] Mayor Doyle Callender, who [taught] me how to be a good public servant.”

Pierson feels he has been able to help the city grow in a controlled manner that has not harmed its sense of history or its small-town charm, he said. During his time on the council, he worked to ensure the city grew in a manner that would keep its origins and values true.

“I feel like I have placed some footsteps in the city that can nurture and thrust our city forward while maintaining [our heritage]. We’ve got to maintain our heritage well as we grow,” Pierson said.

Pierson said he is glad to be in a position to help others when they needed it. During his last year in office, he has been able to help people recovering from the effects of Tropical Storm Harvey and other issues, he said.

Pierson said his faith in God and desire to serve the public is what led him to the council, and what he feels will keep him and his wife, Cynthia Pierson, going after June. Pierson is also encouraged the council has newer members that will continue the work he and other former council members began.