contribute today
After Tropical Storm Harvey battered Texas with days of rain, many Katy-area residents were forced to leave their homes or miss work due to flooding. Of those, many were eligible for the state’s Disaster Supplemental Nutrition Assistance Program, commonly referred to as D-SNAP.

In the Katy area, the city and unincorporated sections of Harris, Fort Bend and Waller counties had 7,702 households apply for D-SNAP. Applications were accepted from late September to mid-October, according to the Texas Health and Human Services Commission.

In total, 7,153 households were approved for benefits and received two months of food assistance on Lone Star Cards, the prepaid debit card issued by Texas HHSC.

“D-SNAP is geared toward helping people as they return home to rebuild and try to get back to normal with housing and refrigeration and a place to store the food they purchase using the benefit cards,” said Kelli Weldon, Texas HHSC assistant press officer.

In response to public criticism over long lines, several of which sometimes stretched for blocks, Harris County Judge Ed Emmett defended the program. He said application sites were limited because of the difficulty in finding locations to support anticipated applicants and operational requirements needed by Texas HHSC.

Emmett said accepting applications for 18 days was unprecedented; the prior record was 10 days. He said he received emails calling it “unconscionable” that only one application site was open in the second enrollment period for Harris County.

“Well, keep in mind that there were five sites before this one, and there were a total of 15 days when you could apply for assistance all across the county,” he said, referring to the 15-day initial application period that began Sept. 26. Harris County officials added more enrollment days after it was apparent the need persisted.

The program works similarly to SNAP, with families receiving the same amount that other SNAP beneficiaries with the same size household would receive. However, D-SNAP has different income thresholds and is only issued for two months.

During a two-month period, the household’s total benefits would be $1,298. Those already enrolled in SNAP were ineligible for D-SNAP benefits, according to Texas HHSC.

The agency said more than 553,000 households applied for D-SNAP after Harvey, with almost 516,000 approved for benefits statewide. Total statewide D-SNAP benefits exceeded $548 million, of which Katy-area residents received more than $9.4 million, or about 1.68 percent.

The Texas State Employees Union was critical of the rollout of the application centers, blaming a hiring freeze put in place by Gov. Greg Abbott.

“With no new eligibile workers being hired or trained to replace any employees who left the agency, [Texas HHSC] offices already straining under heavy workloads are being slammed by the huge numbers of Texans in need of emergency D-SNAP,” the union said in an October press release.

Rodney Ellis, Harris County Precinct 1 commissioner, and Emmett had wanted to open two sites for the second enrollment period, but the state opted for one, the judge said. The second site would have been near I-10, near Jacinto City to reach those in the area that had not been served, he said.

The D-SNAP program helped more than 1.5 million Texans, with Texas HHSC staff working throughout the state to ensure services were provided to those in need, Weldon said. Staffers worked to ensure that applicants were aware of the wait times so that they could be as comfortable as possible.

To prepare for future disasters, Texas HHSC intends to work with state, county and city officials to boost awareness and list of possible D-SNAP application locations, Weldon said. The D-SNAP and SNAP programs are run and funded by the U.S. Department of Agriculture.

“Texas HHSC staff were at the sites ensuring people waiting had access to water while they waited,” Weldon said. “Special considerations were given to those with disabilities.”
SHARE THIS STORY 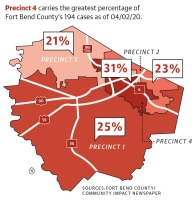 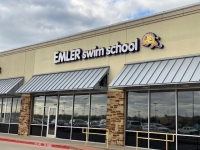 The new 4,900-square-foot location will have a 4-foot-deep, saltwater pool that is heated to 90 degrees.

Waller County has a total of six confirmed positive COVID-19 cases as of 4:39 p.m. on April 1, Waller County Judge Trey Duhon said in a Facebook post.

The portables will go to Pattison and Campbell elementary schools to support their programs and student growth.