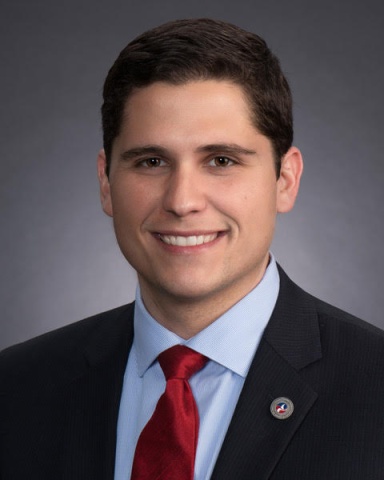 Matthew Ferraro will start his new position as CEO of the Katy Area Chamber of Commerce April 29.

The Katy Area Chamber of Commerce has a new leader and location.

The chamber hired Matthew Ferraro as CEO, according to a press release. Additionally, the chamber has chosen a new office at 814 East Ave., Ste. F, Katy.

Ann Hodge was the prior CEO of the chamber, Marcus Henneke, former Katy Chamber chairman of the board, said in an email. Hodge left the organization April 2018 after serving as CEO since 1999. Henneke has led the chamber since Hodge’s departure.

“We are very excited to welcome Matthew,” Henneke said in the release. “With the amazing growth of the Katy area, we can’t wait for him to lead our chamber. We think members will be excited to meet Matthew and work with us as we take the chamber to unprecedented heights.”

The chamber did not disclose Ferraro's annual salary.

Additionally, the chamber will move into its new office on East Avenue April 29 from 555 Park Grove Drive, Katy, Henneke said in the email.

“This is an exciting time for the Katy Chamber,” Henneke said in the release. “Coupled with Matthew’s hiring, our newly renovated office will allow us to serve our members better.”

The Katy Area Chamber is an organization of business leaders in the Katy area helping to create a successful business climate through networking, events and development opportunities, according to its website. The Chamber previously sponsored the annual Katy Rice Harvest Festival, which is now run by the city of Katy as the Katy Rice Festival.