Katy Boardwalk to break ground on apartments in early 2019 Construction on the first apartment complex will begin soon at Katy Boardwalk District.

Developer Sueba USA Corp. will break ground on loft apartments within the project in the first quarter of 2019, Kayce Reina, the director of tourism, marketing and public relations for the city of Katy, and Byron Herbert, city administrator for the city of Katy, announced at the Nov. 14 Fulshear-Katy Area Chamber of Commerce meeting.

The multistory complex will be located near the corner of Kingsland Boulevard and Prairie Parkway by the Katy Mills mall, which is also undergoing its own $30 million-$40 million renovation project, Reina and Herbert said.

According to data from Apartment Data Services, the first apartment complex at Katy Boardwalk will bring 319 units. The second planned complex will add another 350 units to the mixed-use development.

The project has experienced numerous delays since plans were first revealed in 2015, and in August the Katy City Council extended a the memorandum of understanding among the city, the Katy Development Authority and NOBA 171 LLC to continue development of Katy Boardwalk through the end of the year. Deadlines for a construction schedule, financial structure and a hotel operator were also set.

The city broke ground on the project in March 2017. The first phase of construction—which involved the 90-acre lake, trails and part of the 2-mile boardwalk—was complete in March. The city has also finished installing public restrooms and nearly all of the roads, Reina said at the meeting.

The hotel and conference center are expected to open in fall 2021, she said. When complete, Katy Boardwalk will also have green space, a shopping center and restaurants.
SHARE THIS STORY

As of Oct. 30, Katy ISD has temporarily closed the Seven Lakes High School facilities due to positive COVID-19 cases.

Norris Centers has announced The Ark, a new mixed-use venue in the Katy area at 21402 Merchants Way.

There were between 31 and 56 coronavirus patients in Fort Bend County hospitals from Oct. 23-29. 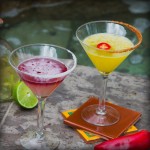